We are alive with all the excitement of the 50 anniversary celebrations around here as well as just returning to some normalcy given all the street closures due to President Trump’s visit. Thank G-d for kind parents, although the school bus was canceled multiple times this week, my daughter still made it to school (and back too.)

I wanted to share a project my son, and his kindergarten did in honor of the 50th anniversary of the reunification of Jerusalem. Each child was asked to choose their favorite spot in the city and make a project related to it.

My son had a few ideas of what he wanted to do and in the end chose to make Yaakov Agam’s heart. This is an installation by Yaakov Agam outside the Wolfson building in Rechavia. From the installation location you have a great view of the Knesset. I have heard people like to come here to watch the Yom Haatzmaut fly overs as well. 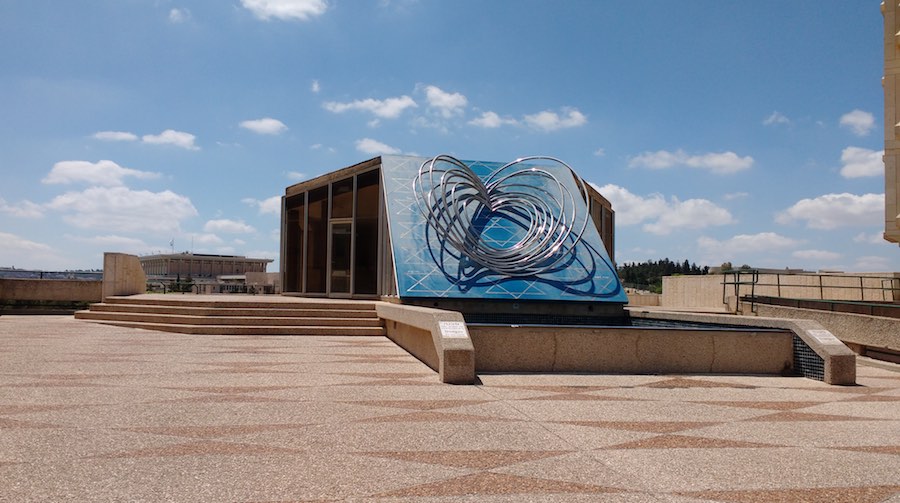 And Here is his take on the heart: 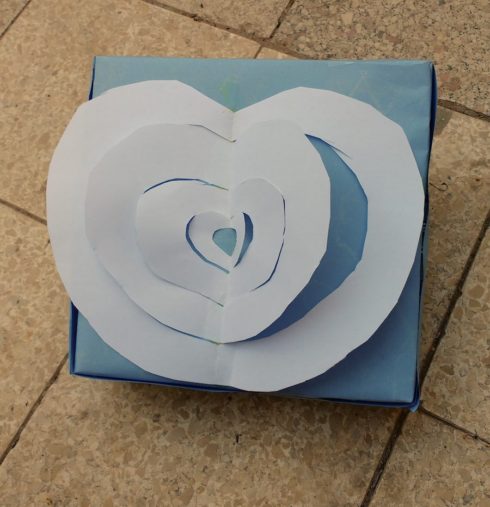 This was an easy project. Paper cut into increasingly smaller hearts, folded and glued to a base covered in blue paper (with white magen david’s drawn all over it.) It was actually fairly easy to make. We used a box of frozen yogurt pops as the base. 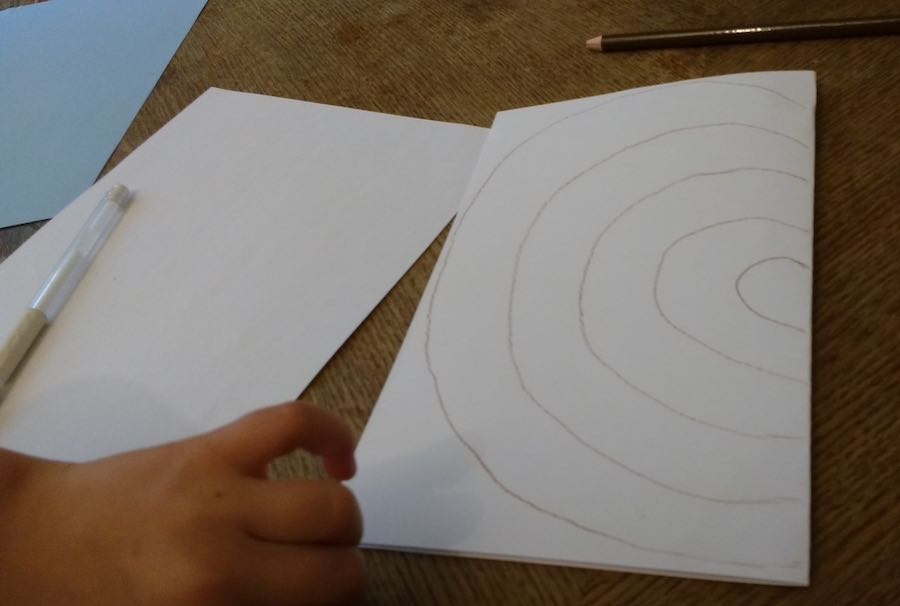 Here are some of the other projects other kids in his gan made: 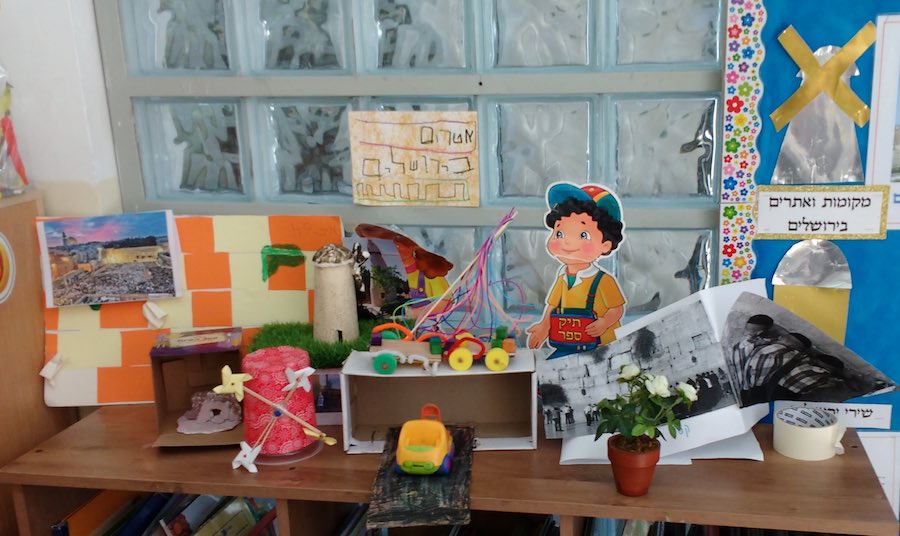 And here are some of the educational materials they were working on in class: 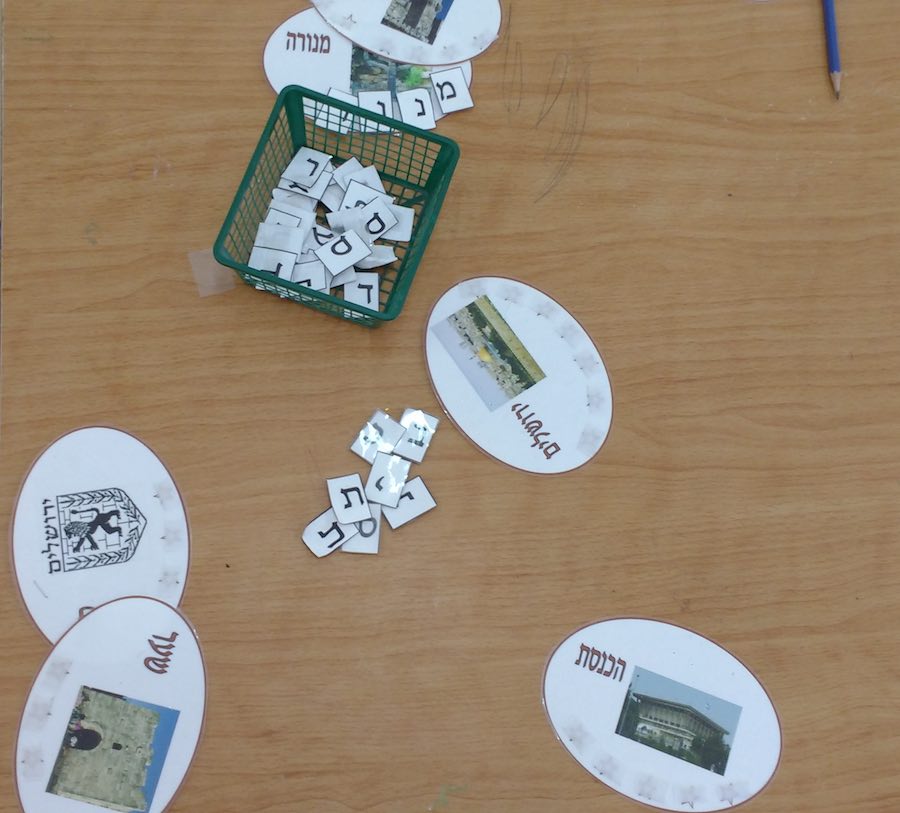 Matching letters to names of places and things in Jerusalem, 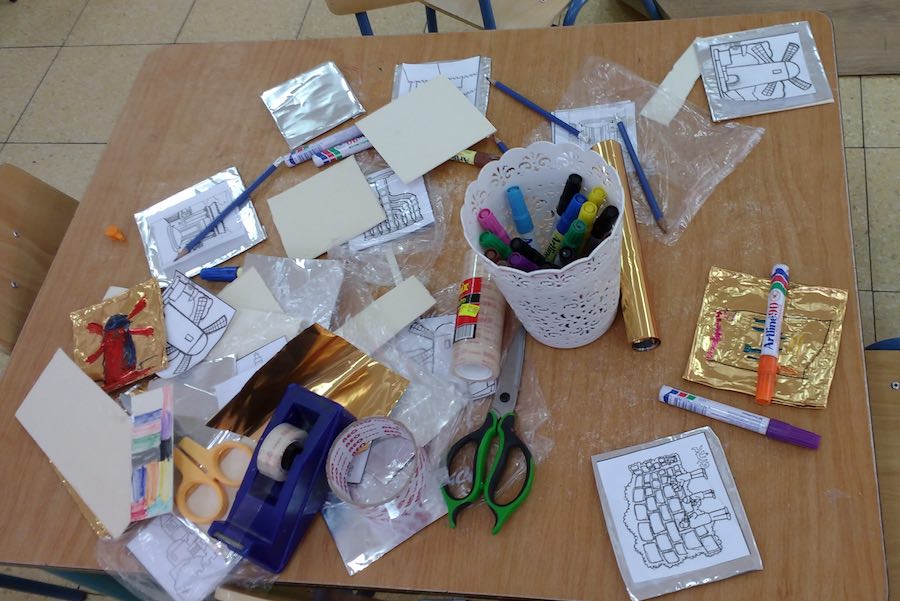 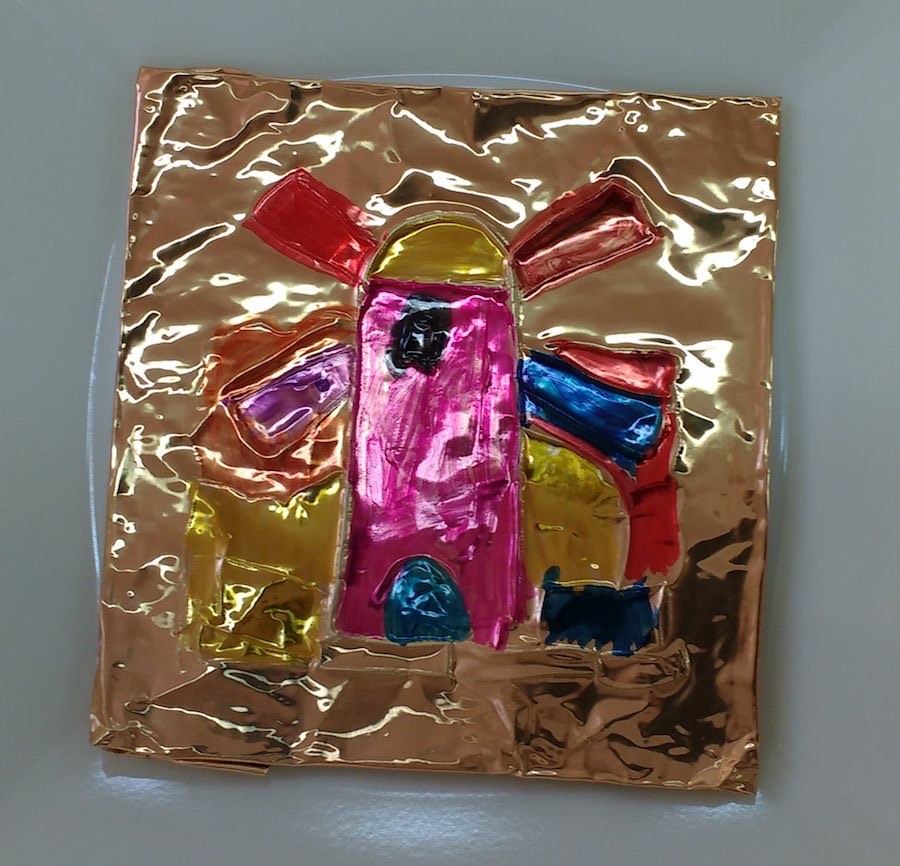 You may also be interested in Kotel related crafts:

Kotel out of marshmallows

And of course our Kotel cover designs and cupcake wrappers