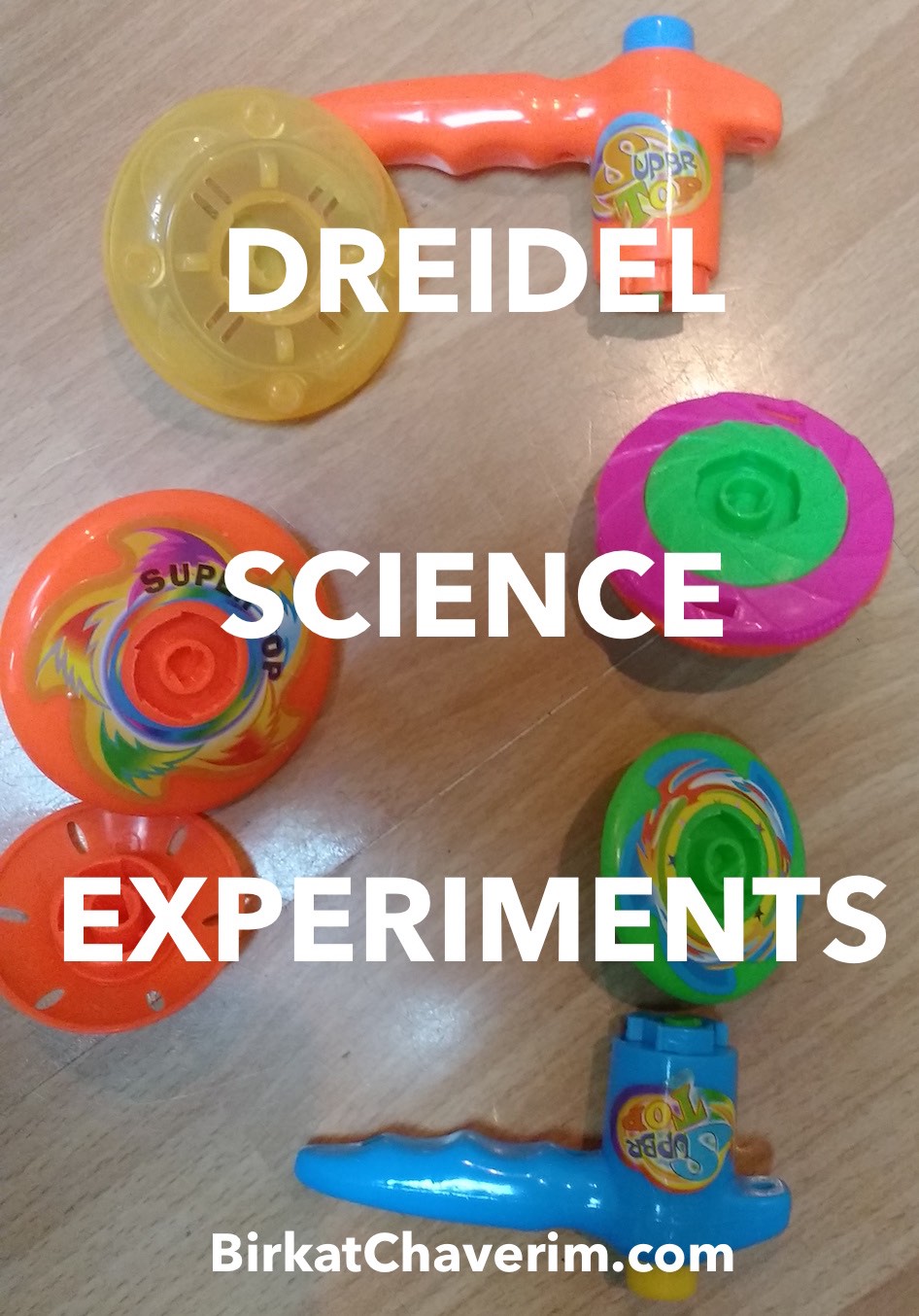 I thought I would share the dreidel science experiments we started doing. My kids were home sick the other day. For entertainment, I bought my son a set of tops that tend to be popular around here before Hanukkah. You know the ones that connect to a sort of release mechanism and you press the button and then they spin? Usually with loud annoying music. This one has a release button that is mechanical, without a battery, has a variety of top parts to choose, and does not have loud music (yay!) 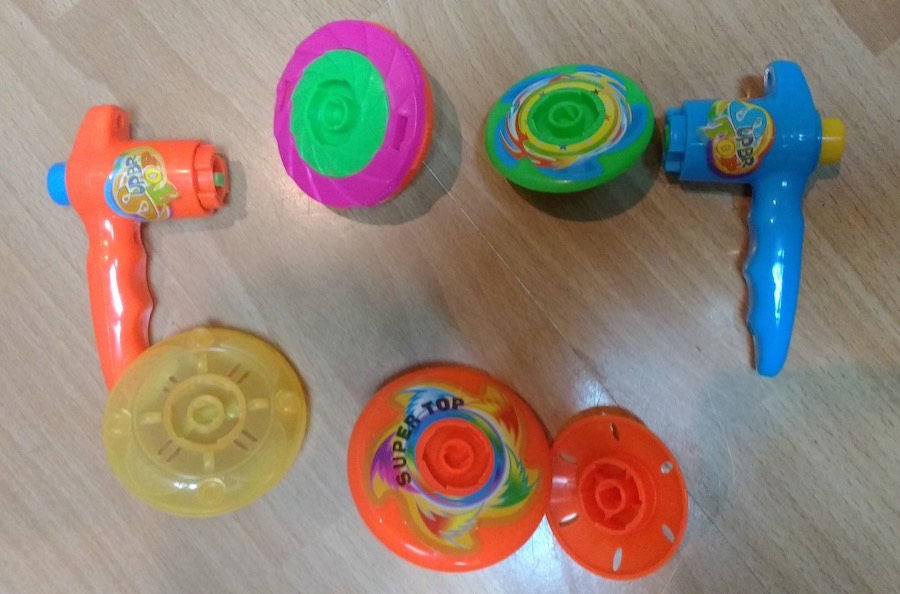 When we were playing with them and winding the tops for release, (note to self: having an electric release is useful for a three year old, or rather the three year old’s parents), I realized that here was a science lesson built into playing. 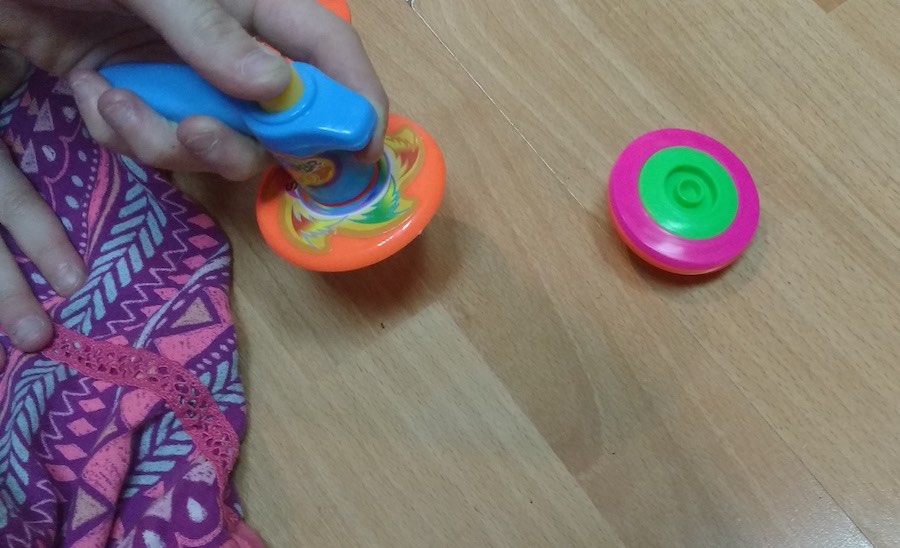 1. Why does the top spin when we wind the top on the mechanism?
2. What is in the winder?
3. What is the best way to hold the top for it to best spin and spin longest?
4. How come if i hold the top sideways it usually doesn’t spin?

In other words we had some basic lessons on kinetic energy and friction.
There is lots of potential here for further experimentation. Please note in the comments if you’ve done experiments like this and have any cool variations.

I subsequently found a nice post about an activity to design a dreidel that spin longest.

Other favorite science experiments with dreidels are optical illusion tops.

I thought it would be fun to follow up on the kinetic energy learning and found this rubber band carousel toy. I am planning on making a template for a dreidel to continue the dreidel science topic. Maybe I will get around to it when my kids (and I) are better!