Did you notice that in the summer the prayer for the IDF, Mi Sheberach for Tzahal was changed? In July Rav Rami Barchiyahu, the rabbi of the Israel police services, received permission from the chief rabbis of Israel to update the prayer. The update now includes a prayer for police, that is praying for the members of the police force.

History of Praying for Government and Soldiers

The prayer for the state of Israel was published in the first year following the establishment of the state of Israel. When I was in college, I became interested in who wrote the prayer for Israel and whether Shai Agnon had a hand in its writing. I enjoyed looking in different prayer books to see what was included, different versions, and historical versions of the prayer. I also enjoyed the opportunity of asking Rav Amital a”h, who was visiting the university, about some of the terminology used.I did not even think about the prayer for soldiers at that time.

Today it is clear that Rav Herzog wrote the initial prayer for the state of Israel in 1949. He established the text to have a more established form instead of versions of a prayer based on the popular “Hanoten Tshua LMelachim,” prayer typically said by Jews throughout the world for their respective governments. Shai Agnon did contribute editing to the version. Further information can be found in this article. 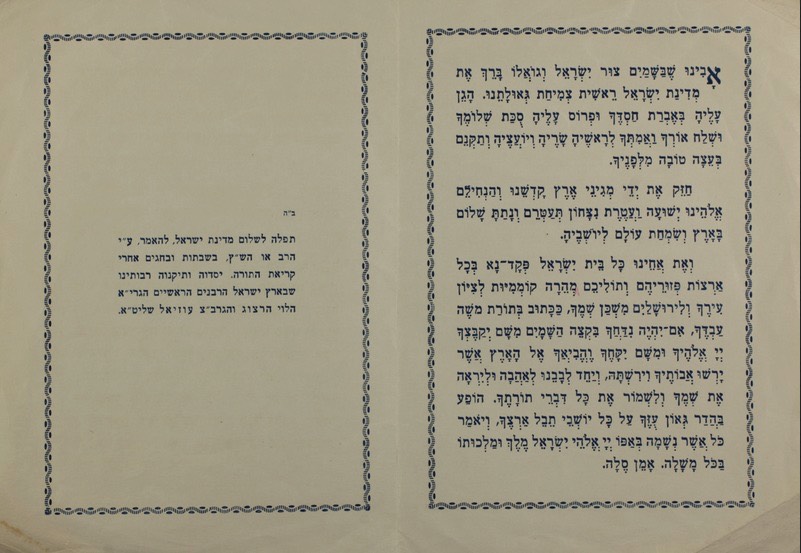 Prayer for the State of Israel printed in Elul, 1948. Instructions for when and by whom to say the prayer includes that the prayer was authored by the two chief rabbis.

I am quoting/linking extensively from Dr. Yoel Rappel, head of the Eli Wiesel archives, who has done extensive research into the above topic as well as the topic of the prayer for IDF soldiers. You can find his notes and an article in the Yom Haatzmaut/Yerushalayim mahzor published by Koren, and reviewed on this site. His research (and the mahzor) are a pleasure to read.

The prayer for soldiers was established later by Rav Goren. I highly recommend Dr. Rappel’s article in Mekor Rishon on the topic. According to Rappel, Rav Goren wrote the prayer for IDF soldiers that we recognize today, in 1956. At the time he was the chief rabbi of the IDF. Rav Herzog wrote a version of a prayer too. So did other rabbanim. Noteworthy is Rav Unterman’s version in 1947, mentioning hayalim and hayalot– male and female soldiers. Rav Goren’s version stuck for a variety of reasons, including adoption by the army, inclusion in a siddur, among others.

Rav Goren’s version was practical and timely given the Sinai campaign, and the borders mentioned were practical. It was both a personal and national prayer. Dr. Rappel’s article on the topic  delves into the history of its writing, as well as, the amendments over the years. Those by Rav Goren, the chief rabbinate and even ephemeral changes, to better reflect where Israeli soldiers actually were.

Today the changes to add Israel’s police reflect current needs. Clearly the police serve the function of protecting the country. A new version of the tefilla can be downloaded from Kippa or Srugim. Its at the bottom of the article. Please do share with your local synagogues.

Here is a corrected text: 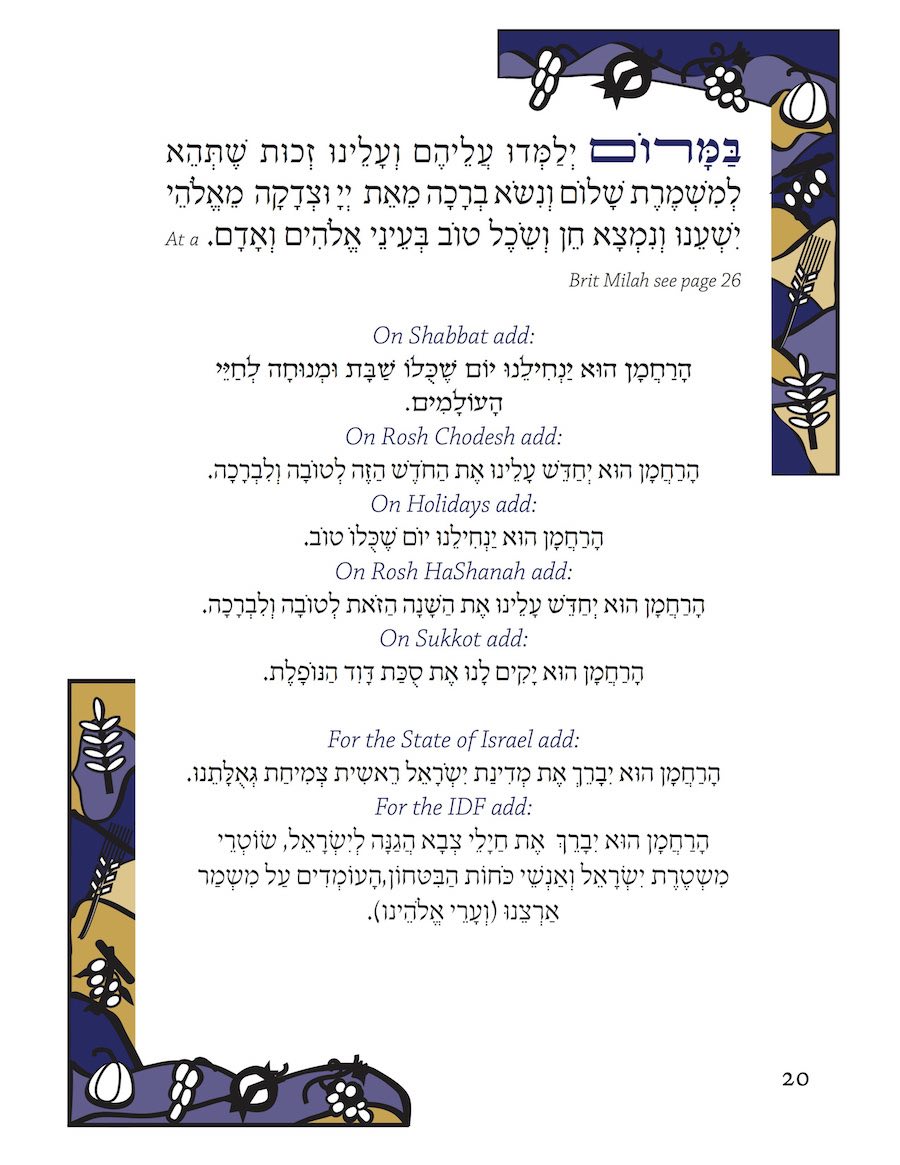