Recently I bought buns for my kids to make lunches. Opening the packages I immediately thought “Blue and White sandwiches!” Not because there was any blue coloring, although I am not against blue food coloring. We have, in fact, used it in the past for blue and white food when we made  blue and white Cornettos for Yom Haatzmaut a few years ago. These are blue and white sandwiches in the symbolic sense. Probably related to the upcoming 70th birthday of the state of Israel, Berman’s bakery came up with a bunch of texts to imprint on the sandwiches. I thought they were cute and so took a few pictures to share. 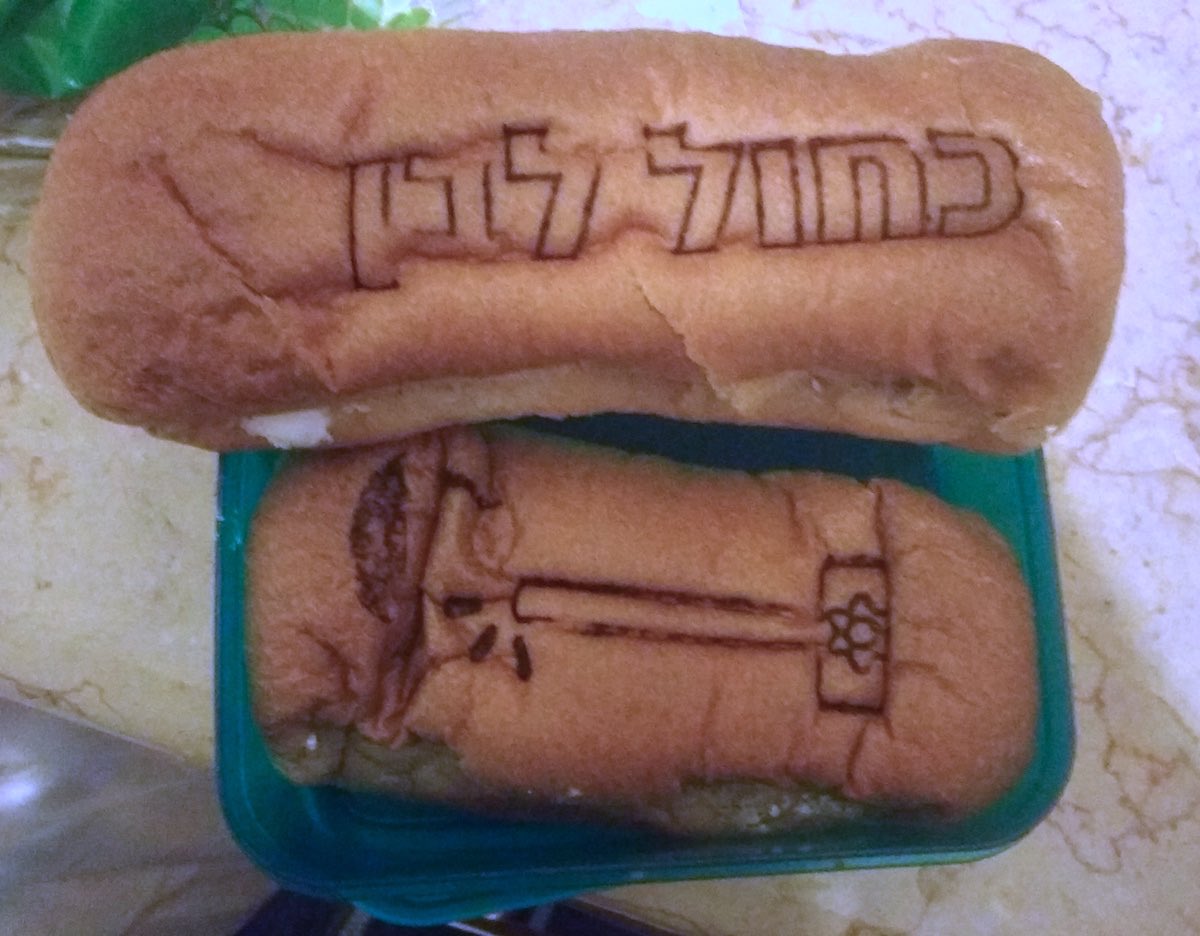 The first of the two sandwiches say “kachol lavan” blue and white. The later, already smushed into the lunch box (sorry!) has someone holding one of those noisemaker things used on Yom Haatzmaut. What are those things called anyway? They tend to get bopped alot and sometimes the kindergartens give out air filled ones that don’t make noise. 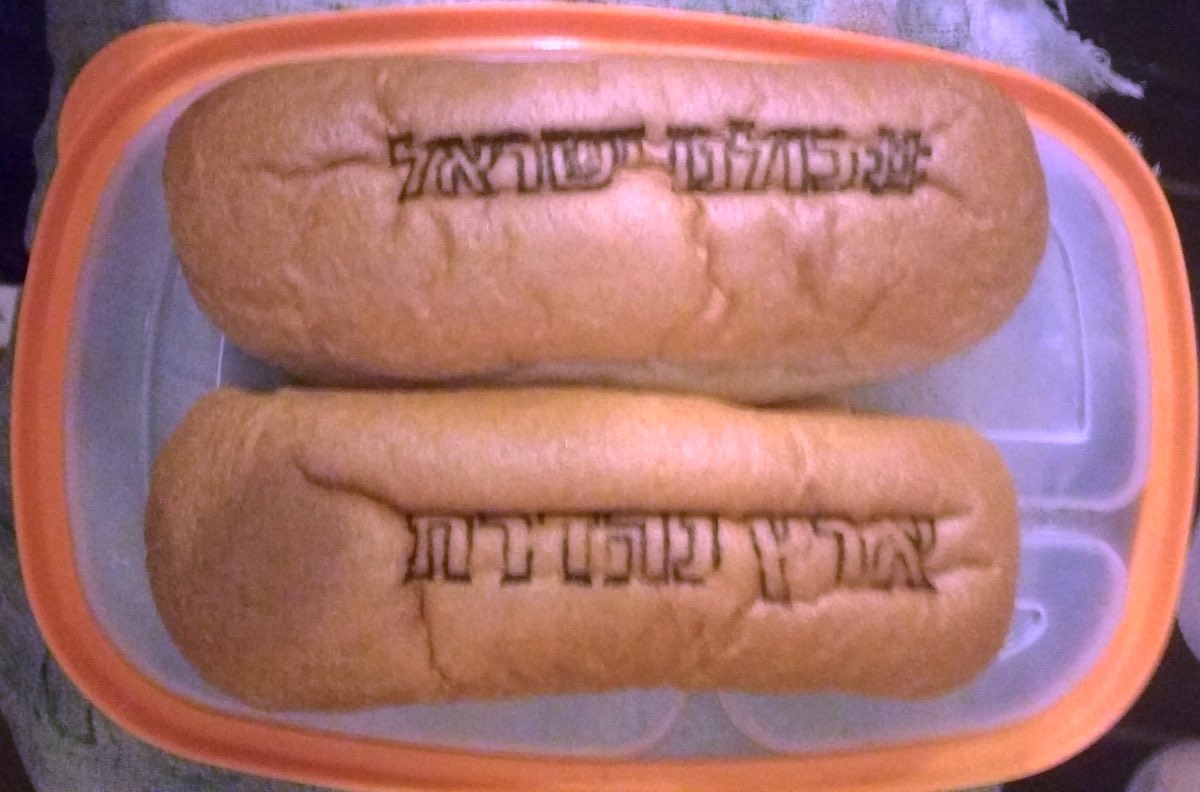 The top bun has a hashtag followed by “kulanu Yisrael“, we are all Israel. The bottom bun is enscribed with “Eretz Nehederet“, wonderful land. I probably should have used blue food coloring on the cream cheese. Maybe next time!

I photographed them on our reusable lunch boxes. Several years ago the gannim made an effort to encourage everyone to use reusable containers. We already did, but its a useful tidbit to share given they are in the picture.

These could be fun at a party for Yom Haatzmaut. Perhaps with sabra decorations.