I am pleased to share this note about Adina Gatt at the Oscar’s.

I have long admired the work of friend and textile artist Adina Gatt and have enjoyed using her work for holidays and Shabbatot. Her use of color and texture is incredible and I love how her work can look both traditional and modern at the same time. Her work is hand pieced and embroidered and you just want to reach out and touch the fabric and thread. Here are a few of her works: 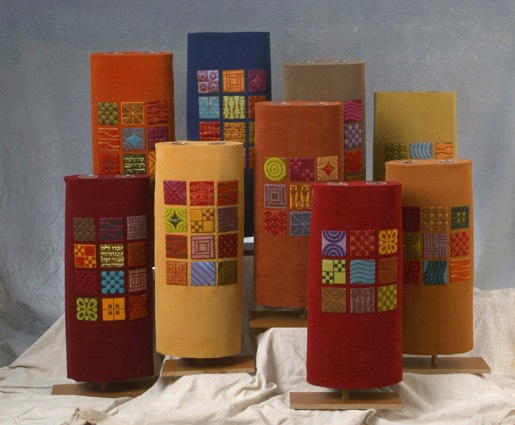 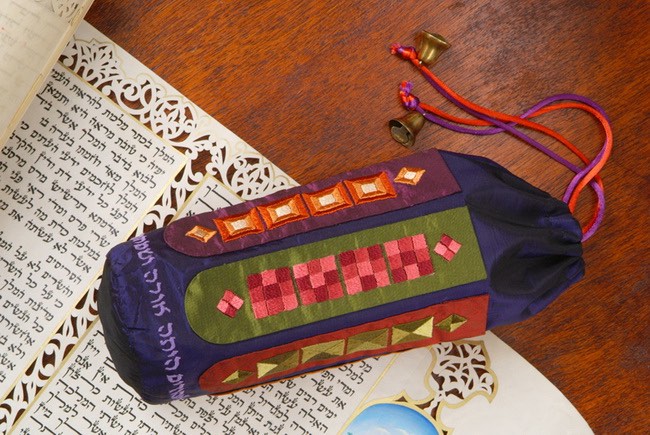 I love the white on white challah cover, its just really light and sophisticated. I also love the bold combination of colors in the megillah case.

Adina Gatt at the Oscar’s

Adina’s work hang and are used in synagogues and private collections throughout the world and now indirectly at the Oscars. Several textiles appear as “props” in Israeli director, Joseph Cedar’s Footnote– הערת שוליים‎ which was nominated for best foreign film. I admit that I have not yet had the pleasure of seeing the film (or any other film or long outing without small fry UPDATE- I saw i and enjoyed it!) However, having had a number of friends study in the Talmud department at Hebrew University, and three professors who won the Israel prize (one in Talmud),  I really get a kick out of the theme and focus of the film.

Three of Adina’s pieces are used as a backdrop in Professor Shkolonick’s home. See if you can spot them. There are three wall tapestries. All three include texts from Tehillim, Psalms. The first is the first image on this post (the Shir HaShirim hanging). Next up (and this is just a detail): 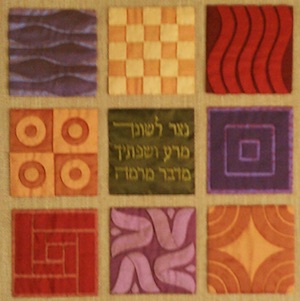 The last tapestry is all text, an embroidered circle using the calligrapher, Izzy Pludwinski’s Shir font and gradations of color: 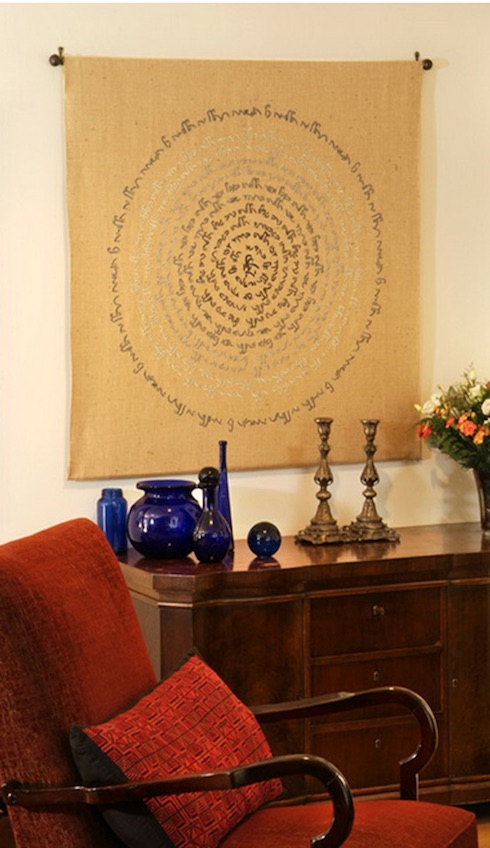 Can you find them in the movie?

Note if you are interested in learning more about Izzy Pludwinski’s fonts and work we have a review of his calligraphy book. Take a look.