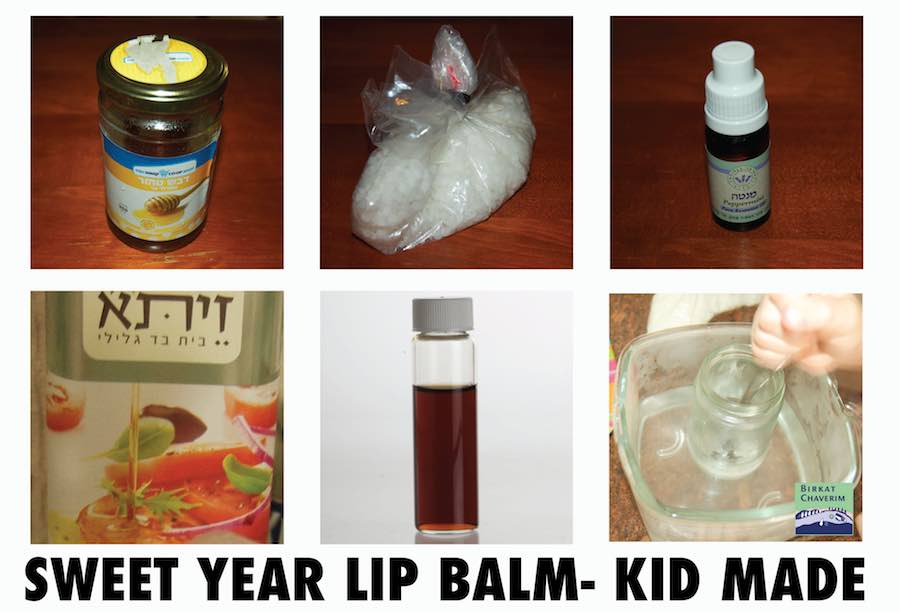 This was an experiment with my kids to see how well a project would go over with two year olds and because I thought they would enjoy it. I wanted make homemade beeswax lip balm with my kids in a safe way. This was an experiment to see whether we could melt the beeswax without mixing the wax over a fire. Lip balm is not a bad project to do with a two year old, and in fact was a big hit with my two year old. However, I don’t think I would recommend giving a two year old more than a tiny tiny amount at a time. My son sort of gouges out any lip balm and needs convincing not to eat it.

This is a good project for slightly older to much older kids. I gave them the choice of adding peppermint or lavender oil and we added cocoa powder. It smelled great, had a nice color, and felt nice on the lips. We also reused empty lip balm containers and drink caps (like the Nestea cap in the picture) so not a bad project. Because of the honey and bees wax, its also a good new year project.

We looked at a bunch of lip balm recipes and then used our own ratios.You are welcome to do that too, or use ours. 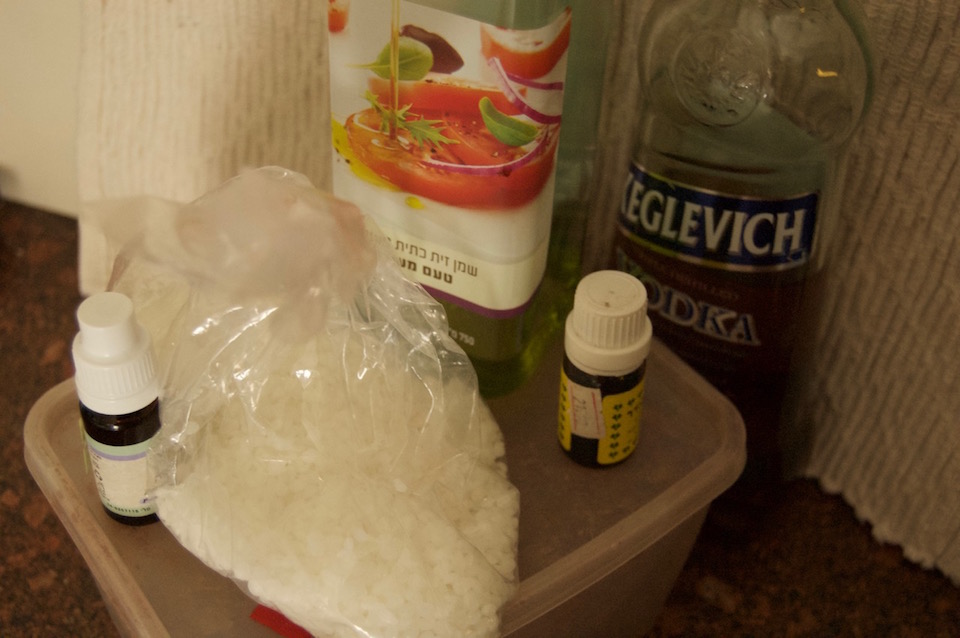 Put wax, honey, and oil in a glass jar and put that jar in a larger glass bowl. Add hot water to the bowl to make a “double boiler” off the stove. Stir carefully. Only allow your kids to stir if they are capable of doing this safely or if the water is not too hot. Otherwise do it yourself and let them see whats happening through the glass bowl. The wax won’t dissolve as well as over the fire, but well enough for this type of project. Add vanilla, cocoa, and peppermint oil and then pour the mixture into your containers. Put in the freezer to set and then use!

My son keeps telling people about how he made “lipstick” so I think he was pretty pleased with this project making homemade beeswax lip balm. He could also barely keep his hands off the containers. You can see from my attempts to photograph them without his hands in the picture. My daughter was pleased with it as well. Especially since we refilled a lip balm ring she liked that was empty. I think next time we will try some other item besides cocoa powder for color. 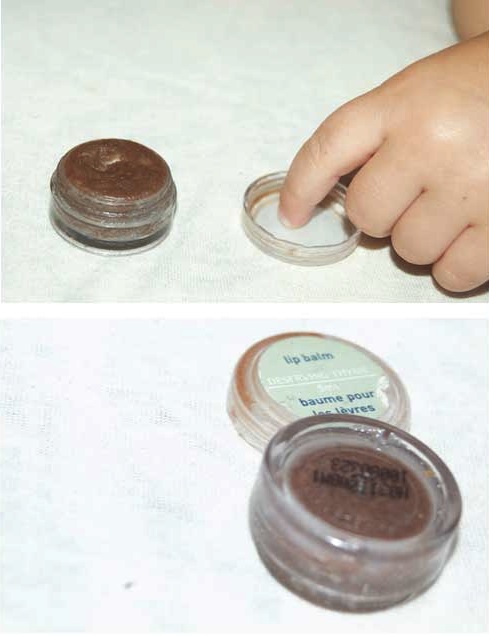 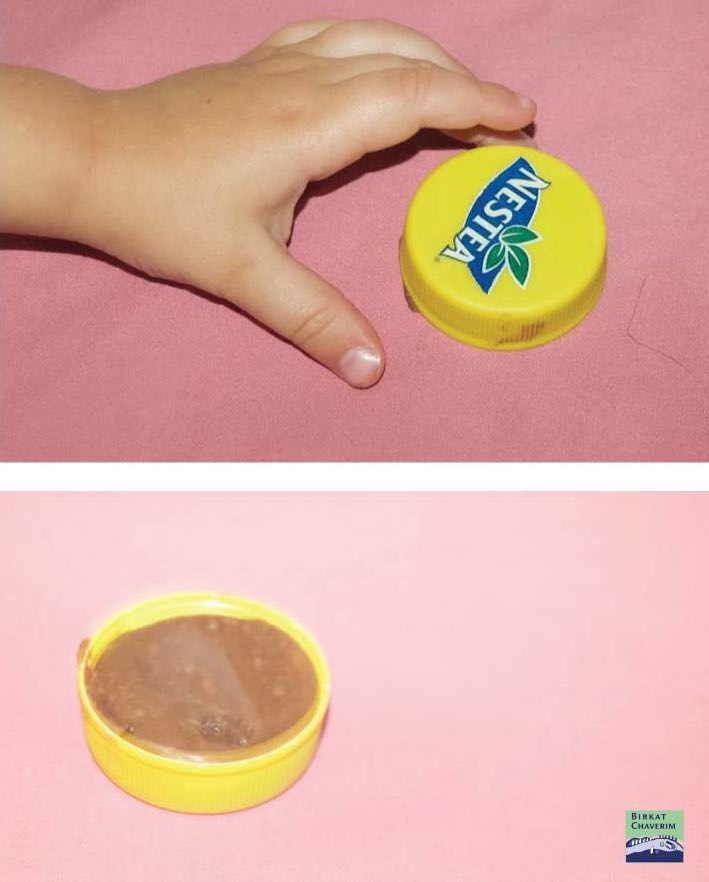 For the record, the lip balm containers are containers from old Air Canada business class travel bags. Note that in the kid friendly version, you will have beads of wax that don’t completely melt. If you want a more professional look, you should do it over a stove top.