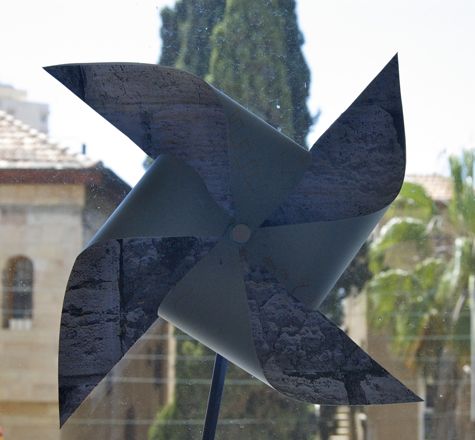 This is a simple pinwheel. Basically you are using two sheets of paper- one with a Jerusalem stone print (I’ll post a picture another time) and the other just a blue paper decorated with whatever you want. Glue the two pieces together with the decorated sides facing out. Fold the paper corner to corner and slit the corner at an angle towards the center of the squares. Meaning pretend you’ve drawn an X which extends from each corner and cut about half way along the lines of the X. 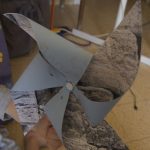 You will be folding in one of the corners to the center of the triangle. Best practice is to use a hole puncher to make a hole in the corner that gets folded in as well as in the center. We cheated yesterday and used tape because my hole punchers seem to have gone missing. Then take a pencil and tack and tack the pinwheel to the pencil.

We had intended to take the pinwheel with us to watch the flags parade but forgot. We enjoyed the parade anyway. If you can tell, in the picture all of King George from Shatz/Bezalel to Aza-ish is filled with people. We didnt make the walk to the old city because it was a bit overwhelming for my three year old but a fun experience nevertheless. 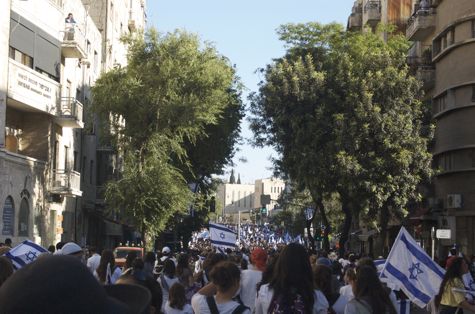 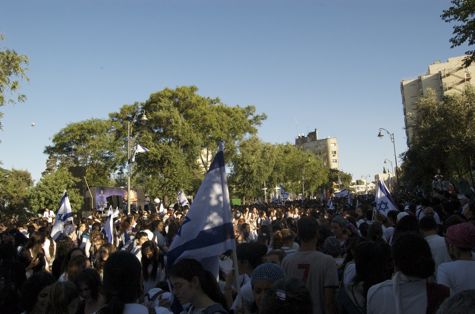