In addition to the Jewish Informal Education Pinterest group, we’ve also set up a Jewish art pinterest group. The idea behind this one was mainly to provide Judaica artists with another way to expose their work to the public but also as a way to interact with one another. Ok I admit that I also had a bit of an ulterior motive- it was a way for me to learn more too, and I would like it to also include members who do research on Jewish art topics. I’m sort of borderline in the group, because I have always considered myself more of a researcher of Jewish art than a producer of Jewish art. I have always been interested in the ritual objects Jews make and how they use them.

Anyway, I’m excited about the new group and I would love to see it grow. If you are interested in joining please do be in touch in the comments, via facebook or on pinterest. Note that the group does want to respect artist copyright so if you want to join and pin stuff that belongs to others, please make sure you are allowed to pin it. 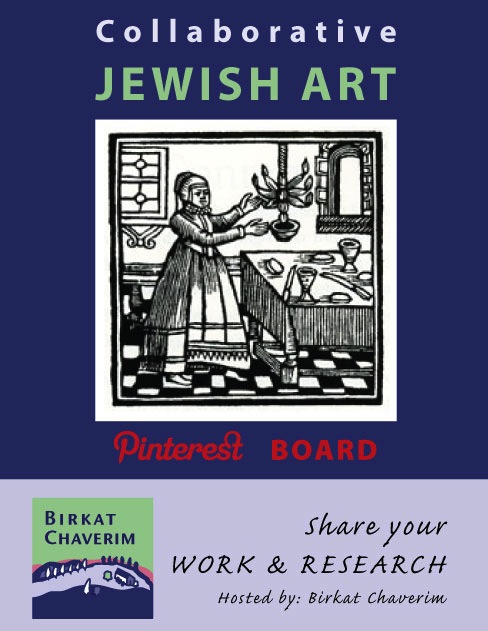 Any thoughts or ideas?