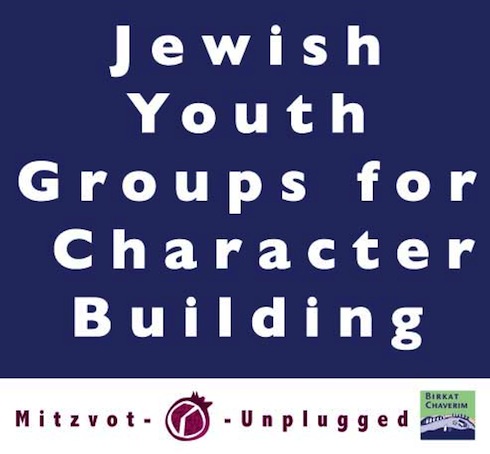 As part of this years Mitzvot Unplugged, I wanted to talk about a classic method of teaching kids mitzvot creatively, the Jewish youth group.

As you may know, Birkat Chaverim was started to support Bnei Akiva of North America through the sale of birkonim for family celebrations. I grew up in Bnei Akiva and was also a madricha or counsellor. I also attended and worked at various Bnei Akiva camps.

I can remember particular informal activities related to unity and judging others from Bnei Akiva, when I was probably eight or nine years old. In fact, I have actually used those techniques with my own kids. I remember certain feelings evoked by “slow shira” and the stories told at seudat shlishit. Many of the songs sung in snif and camp were specifically included in the Bnei Akiva bencher, because of the feelings and values they helped to engender.

At snif and in camp through informal educational games, activities, and shiurim, many topics were covered and relayed, particularly touching on topics of religious Zionism.

There are halachot, that I remember until today that I never would have learned, or at least not until I was much older, because I went to Camp Mosheva (IO) and was involved in a Jewish youth group. I do know that the laws of the three weeks and nine days had a much greater impact due to having learned them at IO.

Reading Moshe Kaplan’s book Be A Mensch and Professor Robert J. Aumann’s article about game theory reminded me of an activity I once did as a madricha using Prisoner’s Dilemma. Prof. Aumann points out, that the Prisoner’s Dilemma does not make a moral judgement. We don’t care that we are talking about dangerous criminals. We are interested in the best outcome. I did care. We were focusing on V’Ahavta LReicha Kamocha and I wanted to talk about competition versus cooperation and helping one another. Using plastic forks and spoons we tallied points to see what was the best option over the long run. We played the game more than once to see the cumulative effect of helping versus being mean. This is not a game for younger children.

Opportunities to Focus on Values