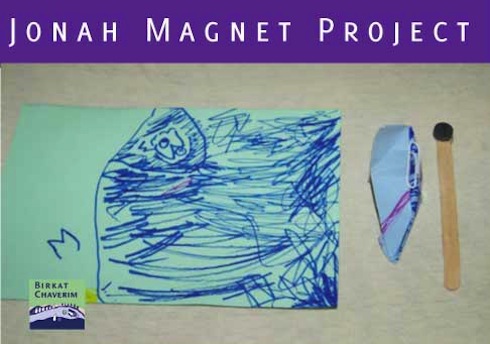 This was a great project and I loved making the Jonah magnet project, although we did not quite do it the way I had envisioned it. Maybe another time.

Basically this is a moveable Jonah in a moveable origami boat and a little paper map or drawing of water and something that would represent the city of Nineveh. The boat has a metal paperclip attached to the bottom which can attract a magnet. A stick with a glued on strong magnet can then pull the boat around the map.

Note in the water drawing a “Big Fish” or Whale, as you like. We had fun moving the ship across the map. The children (aged 3-almost 9) enjoyed coloring their boats and figuring out the origami. I enjoyed telling over the Jonah/Yonah story.

I think this would go over well with older kids also, but with a more funky artsy look. Perhaps with scans of old maps, scanned collages or the like. I got the idea from a folk artist who had a studio near Machaneh Yehuda. She had an old map with a boat that worked similar to this. 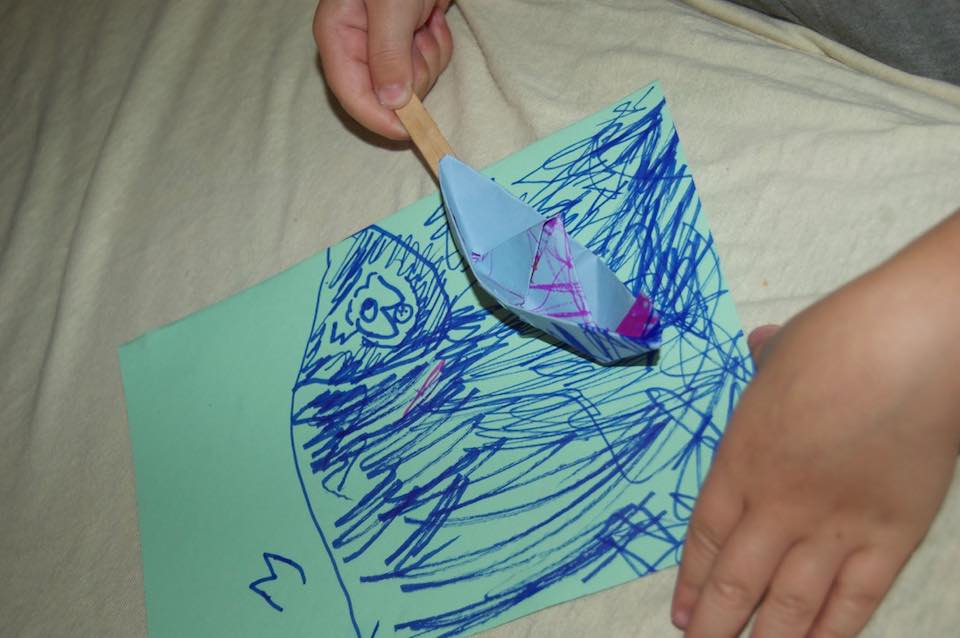 One version of the Jonah magnet project. The boat was colored by a three year old. 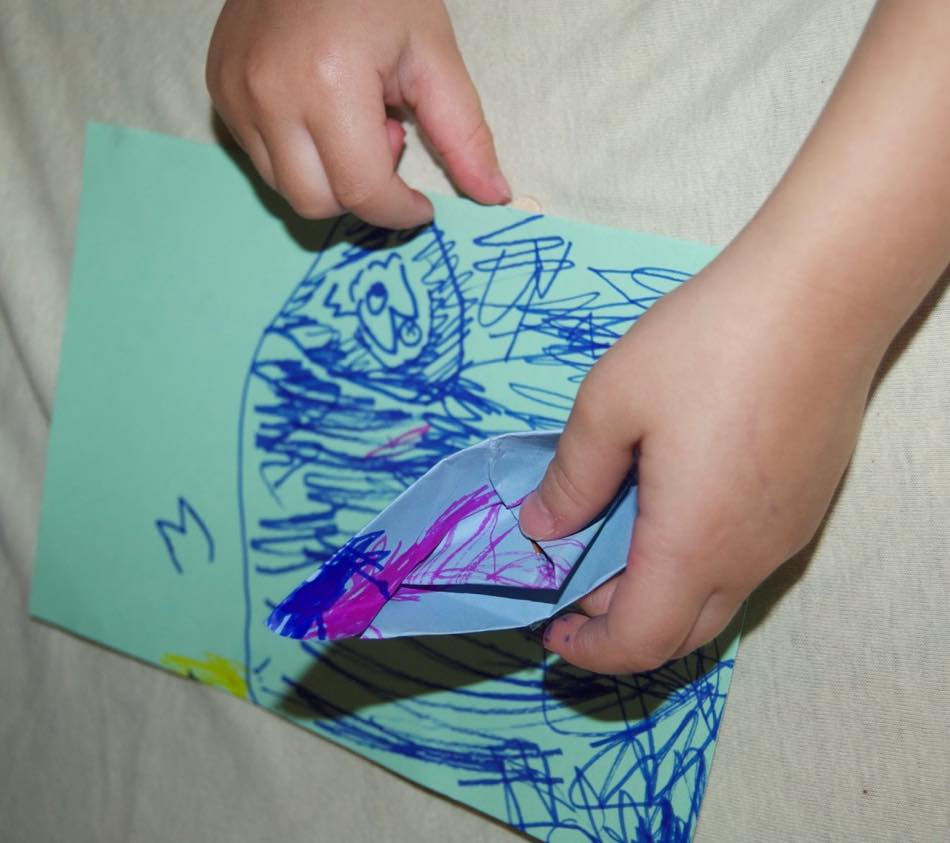 Putting the boat on the map 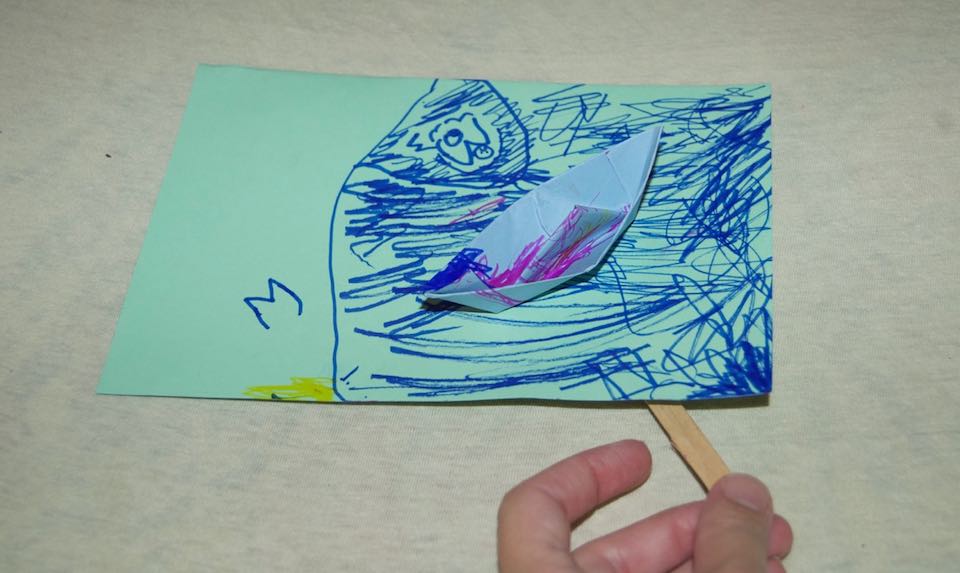 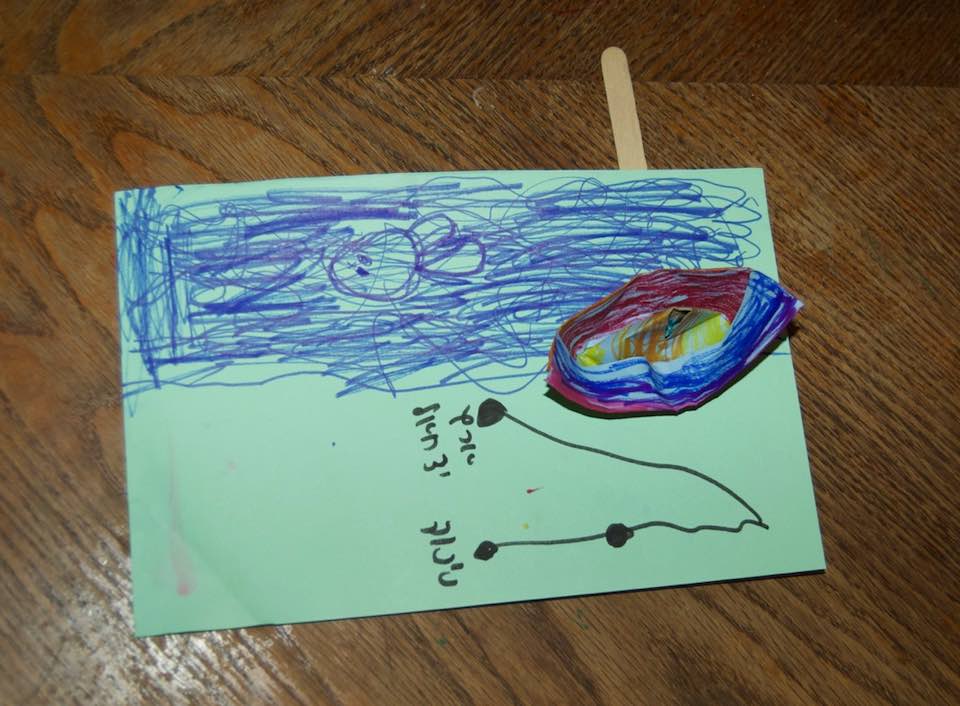 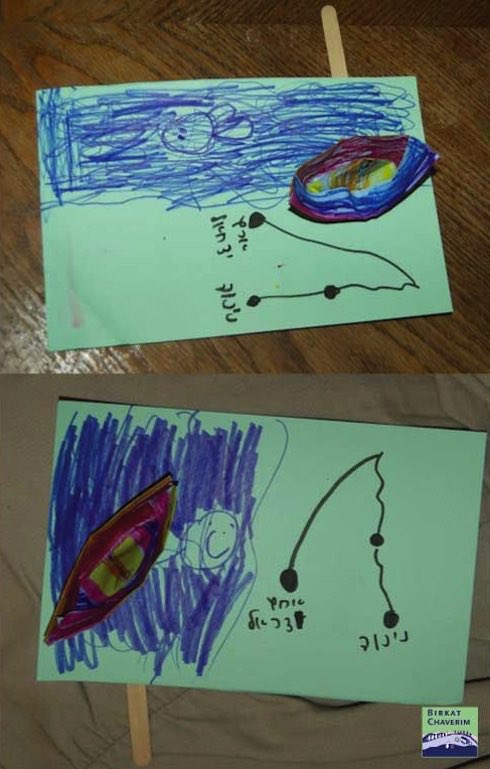 And two other versions. I love the colors of the boats. Also enjoyable is how the girls designed their maps.

About the Origami Boat

I have not given instructions on how to make an origami boat, but there are many around. For instance, here is one origami boat tutorial. You can really do anything you want for the boat. It could even be a cork boat, if you wanted. If you make one we would love to see what you come up with!