One of our summer projects has been learning how to sew. That is, my 5yo wanted to learn how to sew “for real.” At first I thought we would make some doll clothing out of socks but we decided to do furniture. First I suggested a simple couch but my daughter wanted to make “a couch you can sleep on.” I wanted to use our stock of socks so we ended up making a futon of sorts. 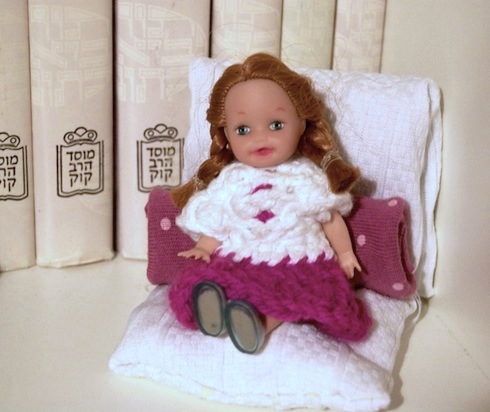 This was actually a very good first sewing type of project. It is basically sewing several straight lines using a basic stitch. Two were to close off the sock and two were to allow the futon to fold. Things we learned about during the project: 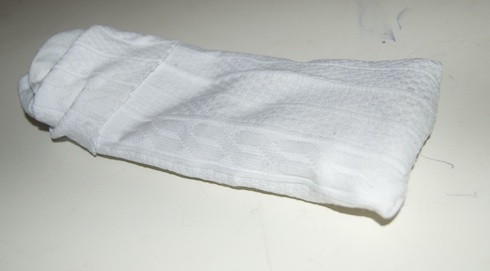 We added a blanket which gets stored as a pillow when the futon is not in use as a bed. I got a kick out of photographing the doll near the Daat Mikra set since, after all, its convenient to be able to pull your sefer/book off the shelf near a comfortable seat. We used another sock as the stuffing, or rather part of another sock as the stuffing. We have also discussed possibly dying or coloring the futon another color but who knows?

Here’s the futon in use as a bed: 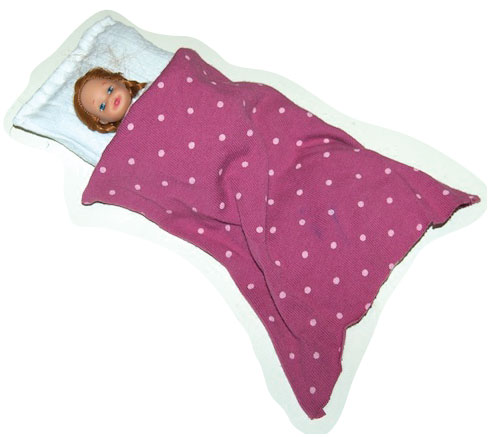 By the way, the doll’s dress is another experiment of crocheting dolls clothing. I wanted to make a dress with sleeves. It came out ok, but was harder to shape than I thought it would be because my daughter wanted me to use white for the top and the white was a harder cotton.