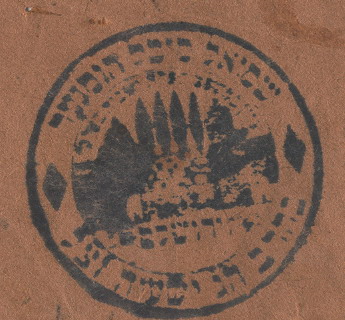 Given that the 9th of Av is around the corner, I wanted to write about a Jerusalem topic again. In this case nostalgic iconography of Jerusalem. I’m going to draw on something I researched for a paper I wrote for my MA. The topic was depictions of Jerusalem in wedding invitations. At the time I looked at about 1000 wedding invitations in public and private collections from about the end of the 19th century through about 2000. This is a very brief incomplete synopsis of that work.

Jerusalem has long been a central icon for the Jewish people both as a spiritual and political symbol. With the destruction of the Temple(s), Jews followed the dictum in Psalms 137:6 and elevated Jerusalem above their chiefest joy. An example in the context of weddings, is the custom of placing ashes on the head of the groom at weddings as well as some of the blessings recited at weddings. 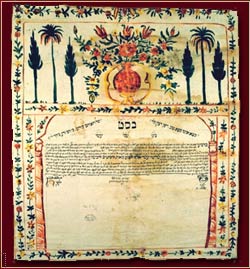 Jerusalem can be found depicted on Italian ketubbot from the 17th century in the top center location. For examples of this from Italy and other countries see the online exhibition (in Hebrew) by the national library in Jerusalem.

Invitation to Jewish weddings appear to have begun with the popularization of printing in the 19th century. In Israel, the Israel and Jerusalem related decorations were adapted from depictions of holy sites commonly used by Yeshivot at the time on their documents and in folk art depictions. They also included Bezalel style borders which used plants and animals commonly found in the region. These plants and animals were intended by Bezalel artists to evoke a new “Hebrew” style. Another element used was the Star of David, usually in the top central location.

Today the Star of David is rarely found in the top central location but it may be incorporated into a monogram or cover illustration. At the turn of the century (19th-20th) the most used holy site in Israel was the Western wall, both on invitations and other media. Today the Western wall is less popular than general depictions of Jerusalem.

There are fewer examples from the late 19th-20th century from North America. However, from examples that do exist, it seems that invitations were probably quite formal and undecorated. They were likely in English with perhaps one or two words in Hebrew.

During the period between World War I and II, wedding invitations in Israel were for the most part plain or might use depictions such as those used by printers at the turn of the century. This is likely due to the shortages that existed at the time. Some new decorations began to appear in the late 60’s but for the most part invitations were plain.

In the United States, starting in the mid-50’s, some invitations begin to include Hebrew text. It was still fairly uncommon until the 60’s  when a new Jewish and Israel pride which began to sprout. The use of Hebrew was a symbol of attachment to Israel or Judaism. Following the six day war, the growth in ethnic pride and nationalism likely led to the Ketubbah revival. The Ketubbah revival was started by artists such as David Moss and Jay Greenspan, who began illustrating Ketubbot again. The interest in illuminated Ketubbot probably influenced the use of illustrations on wedding invitations. 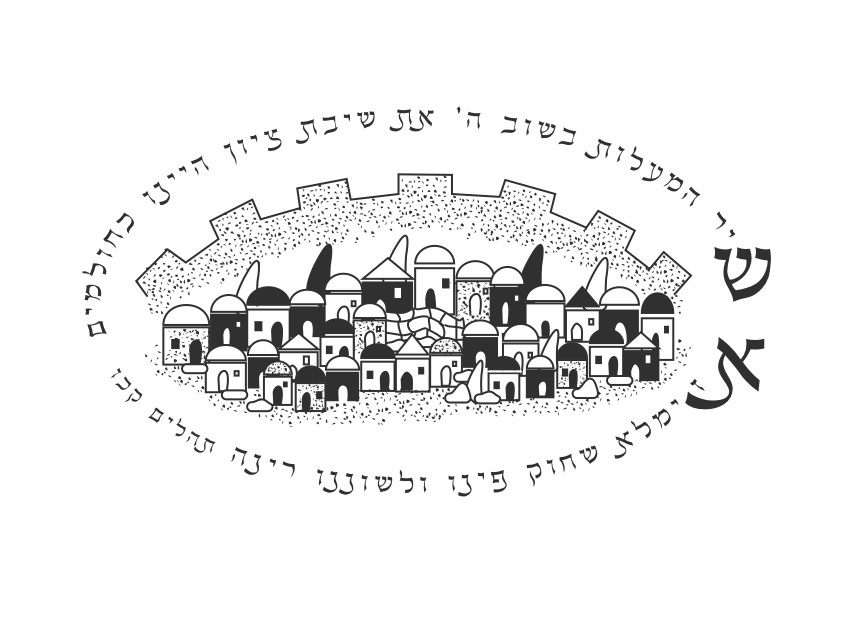 This is a very long incomplete summary, if you are interested in more information please contact me separately.

My research drew on research by others. These include: Iris Fishoff, Grace Cohen Grossman, Shalom Sabar, Techia Sapir, Yigal Yzalmona, and Nurit Shilo Cohen. I would be happy to provide a bibliography.

This is a monogram I designed in the 90’s with iconography of Jerusalem We have some Jerusalem motifs in the Birkat Chaverim shop.