This week we continued working on the patterns for shorts and sewing. This week some of the girls brought Build a Bear clothing they already had to get ideas and compare. Interestingly enough, one of the patterns we were working on, turned out to be quite similar to the Build a Bear one. It was good that she brought the clothing, because we almost forgot to leave holes for the tails! Poor bears, they would have been so disappointed.

This week one girl decided to take a break on the sewing to design her short’s applique. She was inspired by an Old Navy shirt that my daughter outgrew with a cute knitted cat applique. The cat had very cute button eyes. Note the applique in the photograph, as well as the in process pair of shorts. Both are turning out great. Note that the photo at the tip is a photo of a t-shirt with cutouts where the shorts pieces would have been. So nice to be reusing the t-shirts.

Next week the plan is to finish up the pants and start skirts, I think. 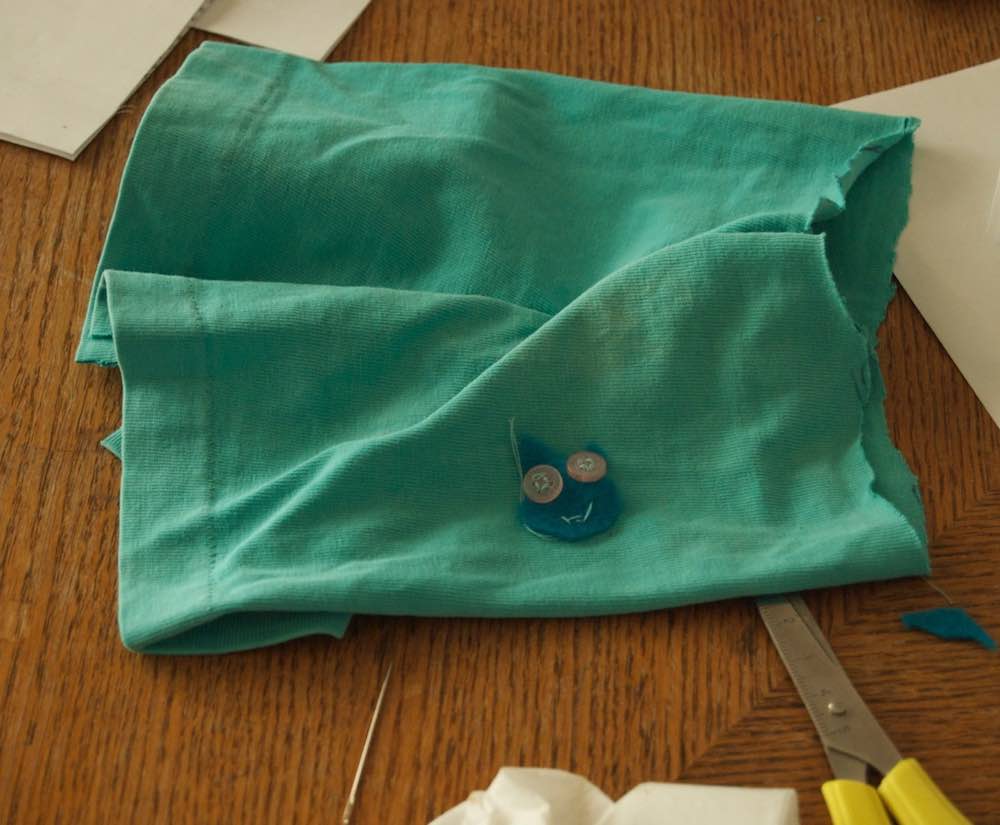