Week five we worked on accessories which we continued week six and seven, shoes for bears and dolls. I found several baby bootie patterns for us to experiment with. I also found a cute viking shoes tutorial from a blog called Earth and Living and its use with children here. I thought I would give the girls ideas and a choice in what to make. I also offered the electrical tape shoes option for the young women “allergic” to sewing.

Surprisingly, everyone chose to make the booties. We made booties based on a pattern from Martha Stewart. 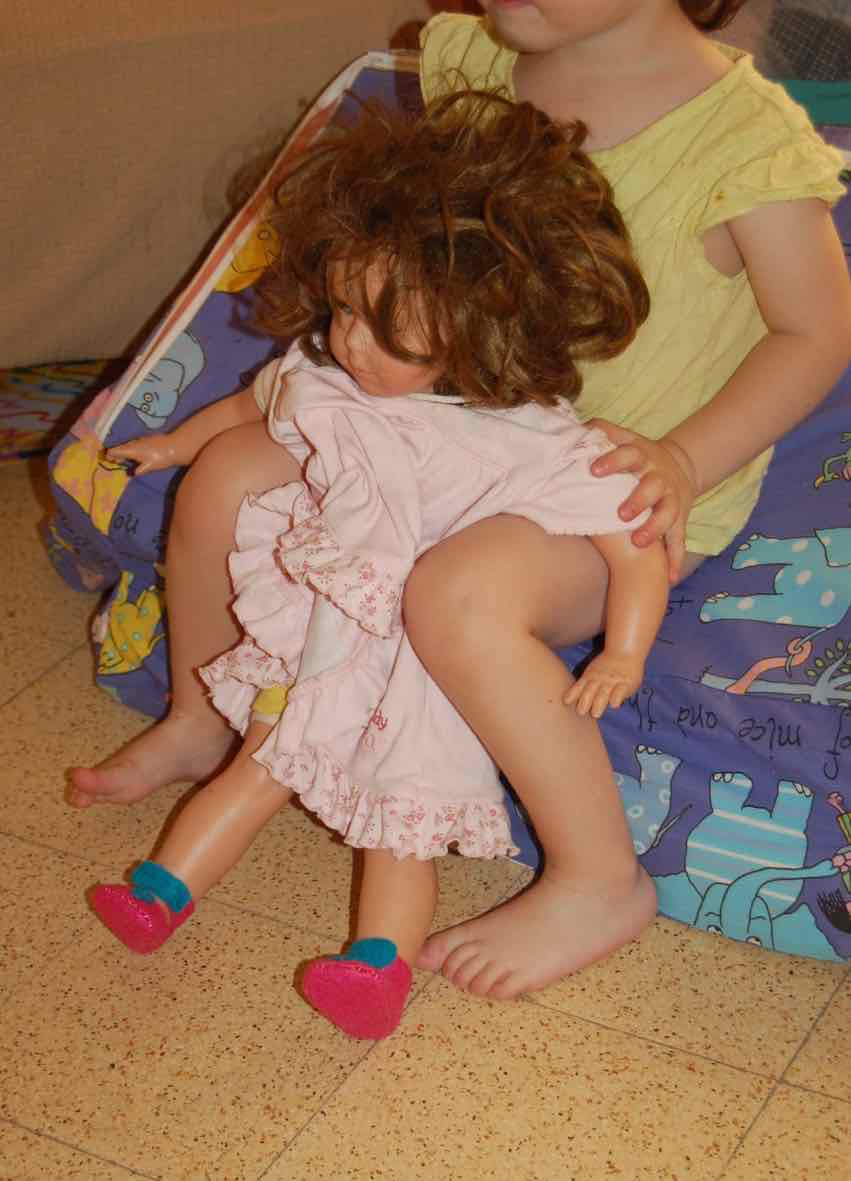 Process for shoes for bears and dolls

I started them off by creating shoe bottoms based on the shape of the bear or doll foot since this week we had one new student, who brought a doll rather than a build-a-bear. I showed the girls the pattern, cut pattern pieces as well as a finished shoe that i made for my daughter’s doll. I included a photo of the doll in her shoes above.

We discussed adding seam allowance to their doll foot size and I showed them how the pattern piece would look.
No images of their projects this post but hopefully next time.