As Purim is getting closer thought I’d share what we did last year. Last year we dressed up like Disney characters and did a Disney Mishloach Manot tie in. I generally like Mishloach Manot that are light and that cost less than what we would spend on Matanot L’Aevyonim (the mitzvah of a gift to the poor for making a Purim meal.) Also something that the kids can help prepare. This definitely fit. The pictures are not the best but here goes: 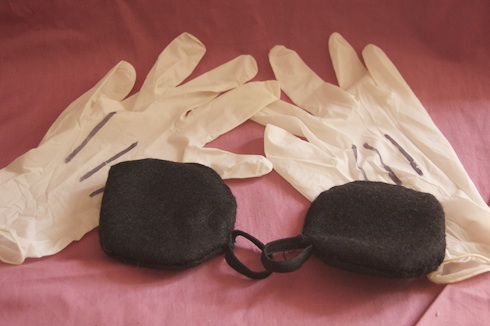 These are Mickey “pigtail” ears that my son wore with a black turtleneck and black pants. I made red shorts out of an old T-shirt and big yellow buttons. No photos of that. 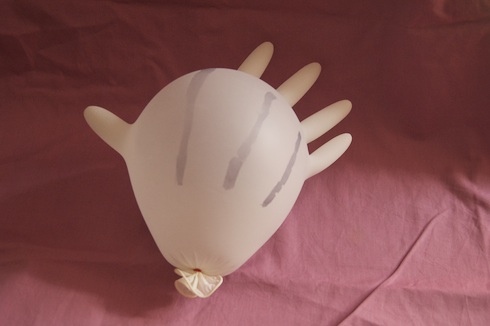 We filled a latex glove with all the treats and gave those out on Purim. We drew black lines on the gloves, added the treats, blew the gloves up and tied. 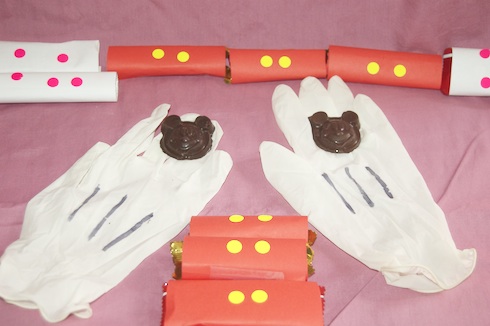 Here are some of the things we put inside. We folded paper over treats and added dots for the buttons on Mickey’s pants and polka dots on Minny’s dress. We also made Disney chocolates.

Also made caps with feathers and eyes for Donald and Daisey.

We had a good time with it. Did you do anything fun for Mishloach Manot?