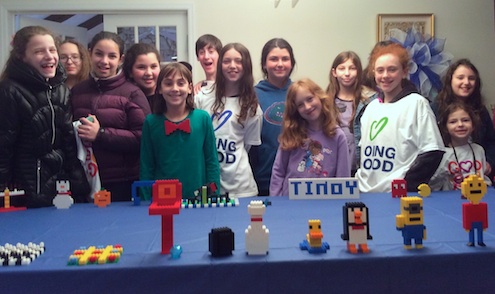 I love this contribution by Yonit Rothner, about the Lego Museum she created for her Bat Mitzvah, for Mitzvot Unplugged. Yonit’s father, Daniel is the director of Areyvut, which he contributed a piece about Areyvut’s Mitzvah Clowning Program for Mitzvot Unplugged two years ago. Daniel wrote the following:

“The Lego Museum was the vision of my daughter Yonit who decided to do it as part of her Mitzvah Project. It was held in our home in Teaneck on a weekday that Yonit’s school was off.

We requested $10 for admission and all the proceeds went to support chayalim (soldiers) through A Package from Home.

Yonit made everything- 34 different items- on her own and raised more than $1,200.

After viewing the Lego Museum, the 20+ people who attended watched a viewing of The Lego Movie.”

Hi my name is Yonit Rothner. My Bat Mitzvah is coming up so I decided to make a Lego Museum. I like Lego alot and people came over and looked at my Lego things and they watched a Lego movie and it went very well. And all the money is going to A Package from Home, an organization that helps soldiers in Israel. I made over thirty four things. Over here I have a box, checkers, tick-tack-toe, basketball hoop, a bowling ball and a bowling pin, a duck, a penguin in a red bow tie, a minion from the Despicable Me movie, a person, a mini figure on stones juggling, a bunny popping out of a hat, an organizer on wheels, an apple, a picture frame, a weight, table and chair, a rainbow, an England flag, some lipstick, a chocolate bar and the wrappers been peeled off, pac-man, Yonit with like a border, a shot, Noam with a spinning football in the background, some headphones, a jack-o-lantern, snowman, a hanukiyah, a pencil, a bow tie, a clock, some glasses, and last but not least a heart. Thank you so much for watching. Bye!

This is an amazing idea on so many levels. Making a museum, and especially one for Lego crafts, is really creative, not to mention good for the brain. Creating works out of lego, allows a preteen to take something they love doing and turn it into an act of chesed and something special for someone else. Charging a token admission is an easy way to raise money for tzedakkah/charity. The whole idea and event is different and fun for the Bat Mitzvah’s friends and family.

Some details of Yonit’s lego pieces: 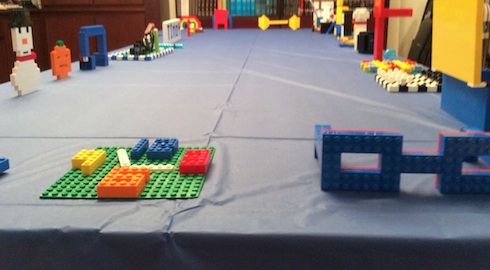 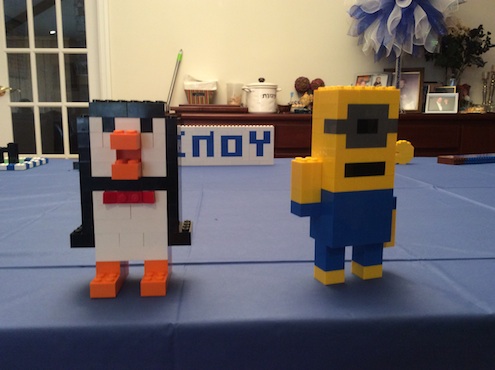 Mazal tov Yonit and the Rothner family! May you continue to do good things.

If you are interested in a Lego themed party, we have some Lego ideas on our Bnai Mitzvah pinterest board.

Inspired by this idea I came up with a few Lego themed bencher covers to use with the Bnei Akiva bencher. See below: 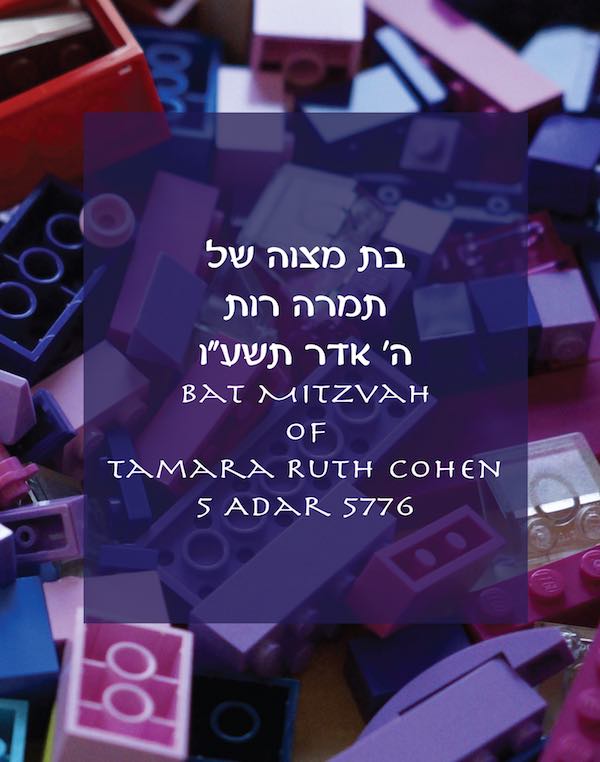 A purple and pink lego backdrop. 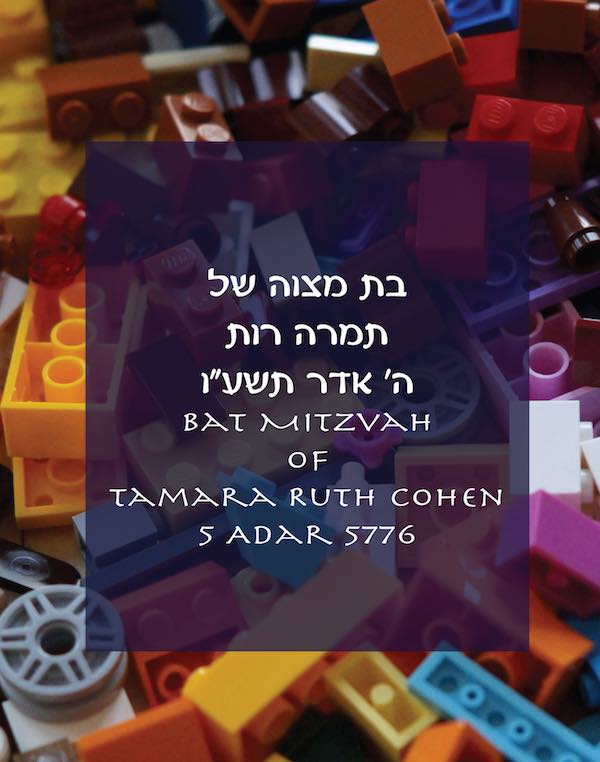 More multicolor bricks and lego pieces in the backdrop for the bencher cover. 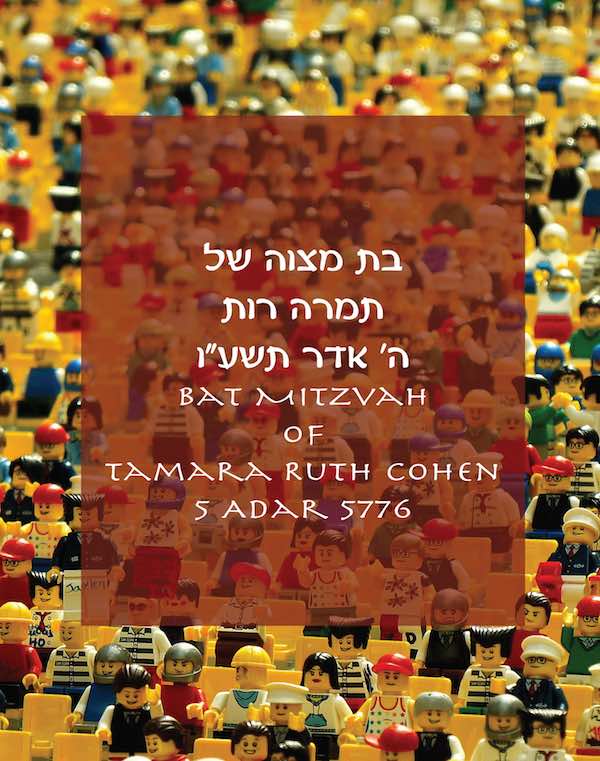 Lego figures as a backdrop for a Lego Museum themed Bar or Bat Mitzvah. This could easily use pieces created for the Lego museum.