We recently had a really fun birkon order for a Bat Mitzvah. The order was for Mission Impossible Theme benchers. The family was kind enough to allow us to share the design with you. Scroll to the end to see it.

I think this is so much fun. Isn’t this a fun Bat Mitzvah design? I don’t know all the details of the celebration but the cover design is ripe for speculation and imagination.

Ideas to use with Benchers with a Mission Impossible Theme

My first thought was this would be so fun for a theme related to the Torah portions about the spies or meraglim in the dessert. Your child might be interested in Major General Hertzi Halevi’s post in Hebrew, “Army Intelligence Biblical Version”  on the 929 website. Hertzi Halevi is the head of Israel’s Military Intelligence Directorate, so his perspective is quite on point and interesting. There are other interesting resources on the 929 website on this topic as well. 929 is a project devoted to learning all 929 chapters in Tanach. It is an amazing resource, with contributions from really interesting people.

Because I have a museum background, I have to share the following two museum sites, which would be fun for a Bar/Bat mitvah to browse:

Diefenbunker museum This museum tells the history of the cold war and is a play on the name Diefenbaker (prime minister of Canada) and bunker.

Photo Booth with spy props or just photo spy props on tables. These can include grapes, red string as well as the array of magnify glasses, binoculars,  dress up glasses and hats and the like.

Powtoon has a Mission Impossible Template which could be used as an online invitation,  as part of a game, or even as a template for a dvar torah.

How about a photo scavenger hunt using cameras and a shared photo storage area? Hand out the scavenger hunt list in “Mission Impossible” envelopes and include a few related to the biblical spies. Photojojo has a fun photo scavenger hunt idea. Another variation is the game we used to play in camp,  “gamad/anak” where you secretly do nice things for someone. You choose their name out of a hat. A version of the game, which emphasizes secret acts of chesed can be found on the Befickle website: Secret Service Activity.

What I like about these games is they can be educational in an informal way, but also are fun.

The Leatherdos or Clippa clip would make a fun spy tool, at the least for your Bar/Bat Mitzvah.

Make your own secret storage container such as a chapstick or marker hidden stash or an outdoor hiding place (use old medicine bottles and have the tweens glue rocks on top.)

Do you have any other ideas? Have you done something like this? 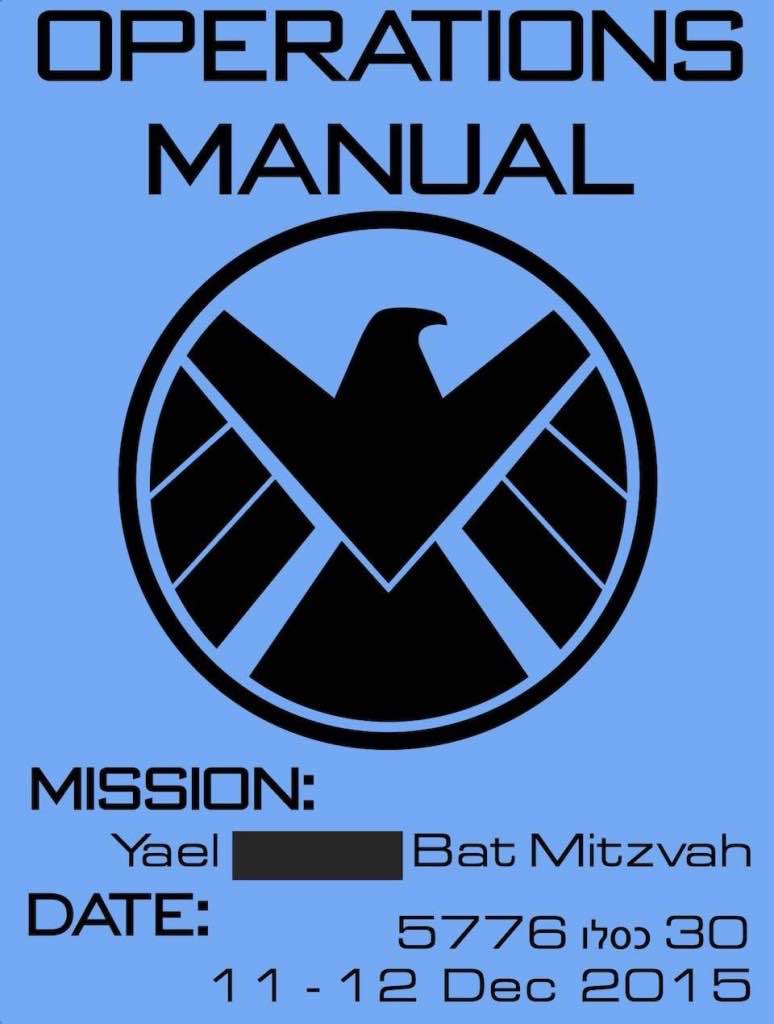