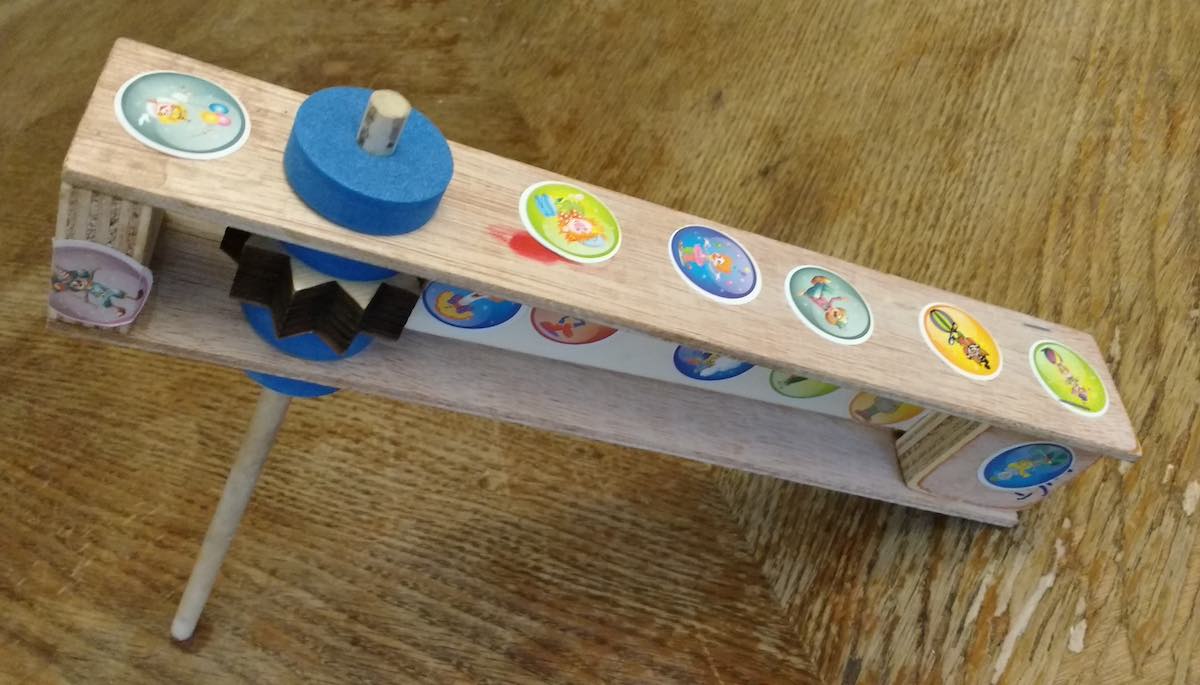 I am sharing my son’s engineered gragger, that he made in his “young scientist” club at school. This is a great after school club for about 1st to 3rd graders (I think there are separate groups for the older boys) where they work on science activities. Sometimes its a one week project and sometimes a multi-week project. My son said that this gragger was a multi-week project.

The boys put various pieces of plywood, foam, a dowel, wood squares and a sort of star shape together with staples (the plywood pieces) and basic tension (dowel, star shape and foam.) The result is a classic gragger. Most of these pieces are ordinary things you could probably find in a dollar store. The shape that produces the sounds could probably be replaced with a lego piece. You can see an example of using lego pieces in Bible Belt Balabasta’s lego gragger.

I took a number of pictures so you can get an idea. Note that the boys could also decorate them however they wished. My son used Purim stickers but paint or other media could also be used. 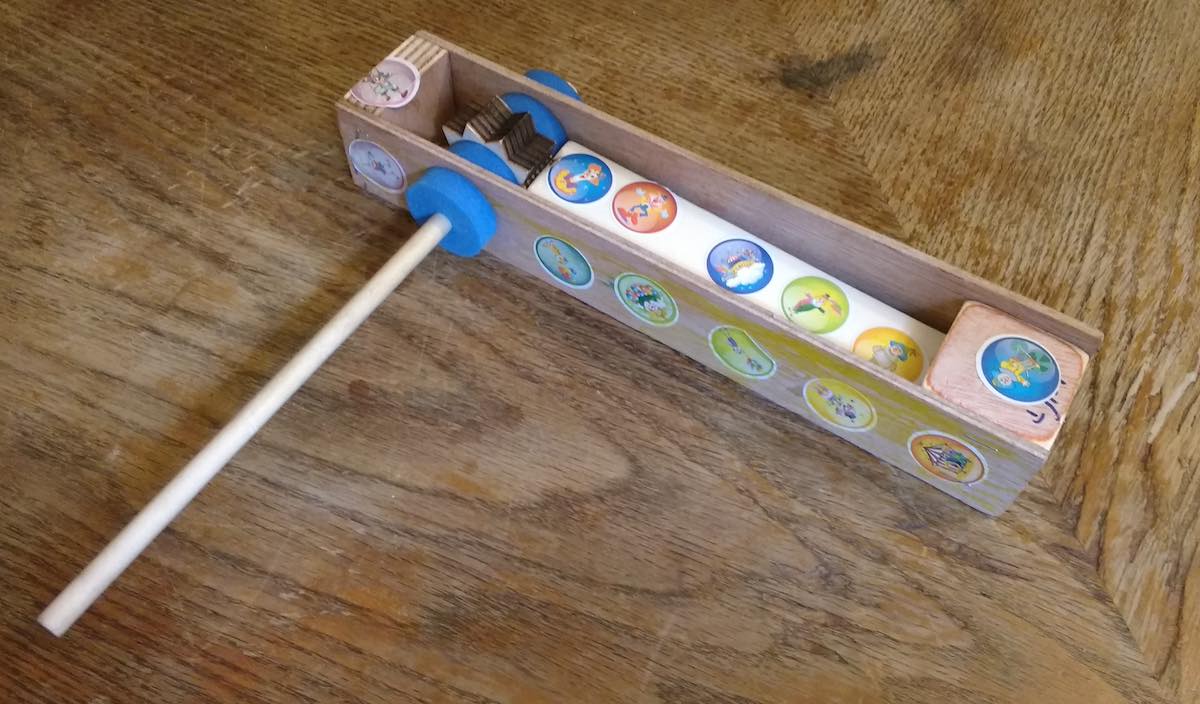 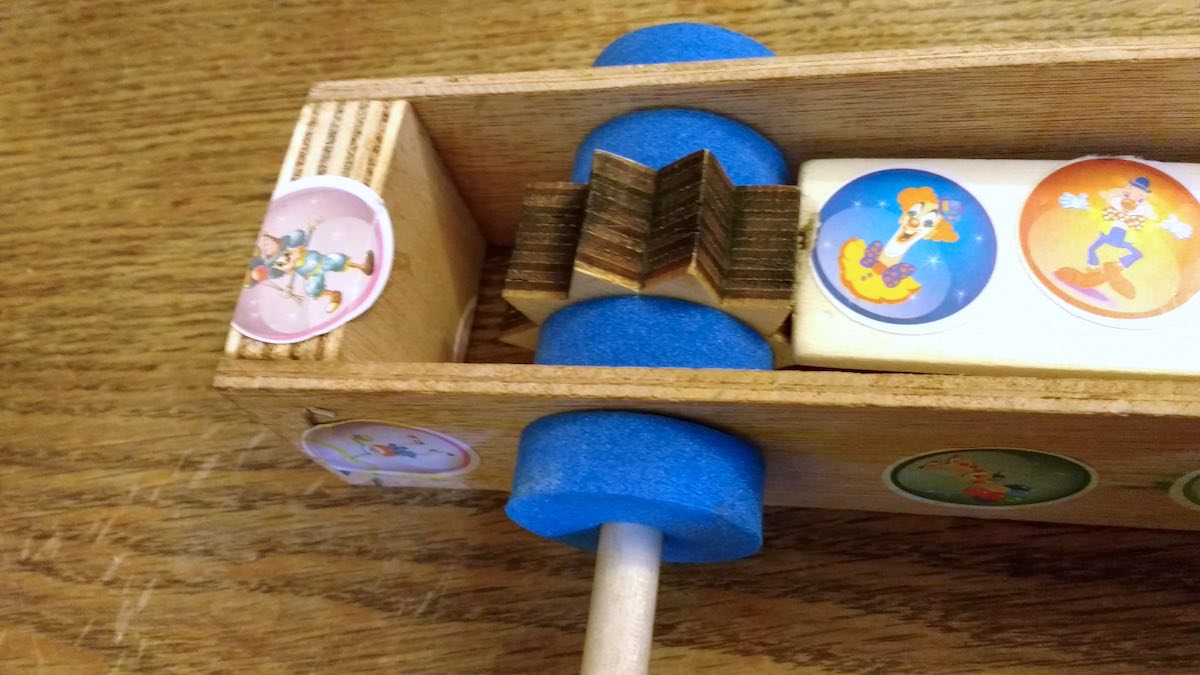 Detail of the sound making mechanism. 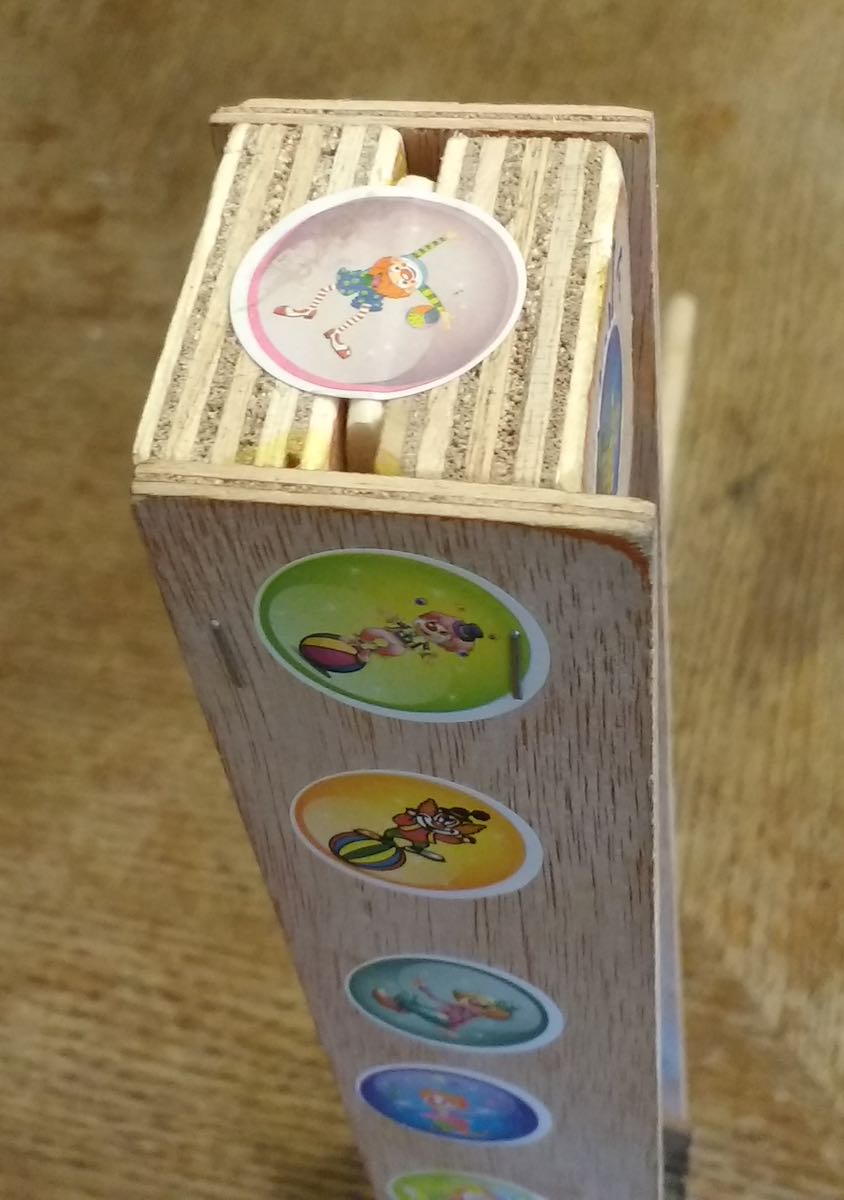 The end where the sound making plywood piece is sandwiched between two square wood pieces which are stapled on either side to the long rectangular plywood pieces. 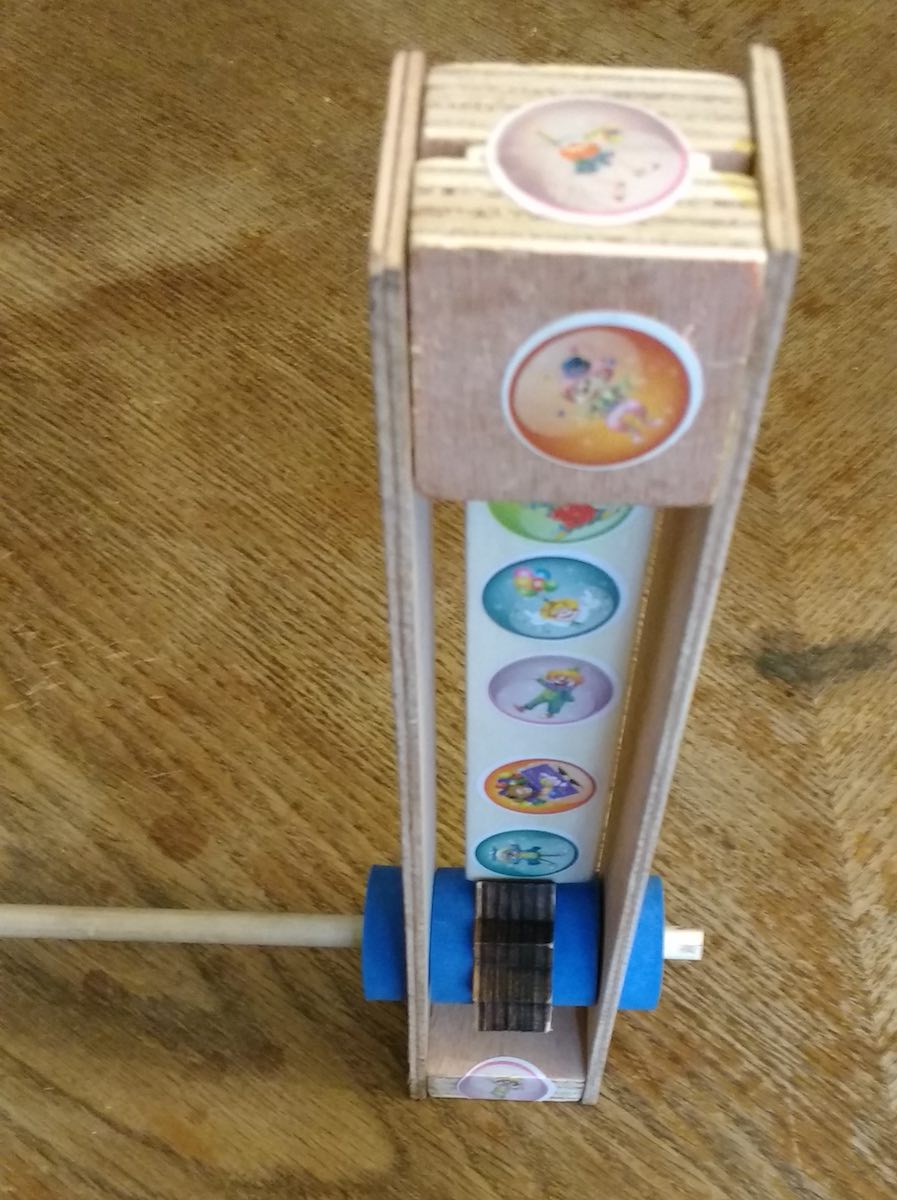 And from another perspective.

This club has done a number of interesting holiday related science projects. The one I remember (but which my son did not finish due to the winter illnesses,) was a “floating” dreidel using magnets and + – poles.There were some fun projects with mirrors as well.

My kids like science projects so I’m always happy when they can tie them into the holidays. Do you have any science-y holiday projects to share?