As part of the Mitzvot Unplugged series, Laurie Rappeport has written a post about JconnecTLearning. 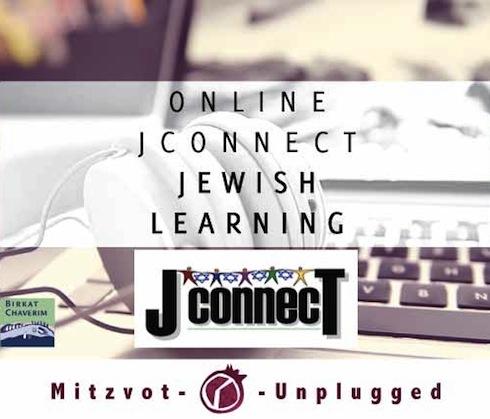 Public and parochial schools are increasingly relying on distance learning opportunities which provide new horizons for the students and function as a strategy which allows the pupils to explore the world in new ways. The Jewish community has, in general, been slow to engage in the new technological opportunities but a number of Jewish families have turned to distance learning as an alternative for their children’s Jewish enrichment.

A unique online Hebrew School, JconnecTLearning, brings pre-teens and teenagers from around North America together to study Hebrew and Jewish texts and then apply those texts to real-life situations.

How, for example, does Judaism look at today’s worldwide concern with Jewish environmental responsibility? It turns out that the Talmud was way ahead of Greenpeace and the Sierra Club when it connected the existence of man to trees, stating that “man is like the tree of the field.” Both need sun, water, soil and minerals to survive but the connection goes well beyond that as it touches the ability of each to influence the life that surrounds it This lesson touches us today, moving straight into how our efforts to support our environments are directly tied into other ways in which we can positively influence our world.

Another subject that many JconnecT students like to explore involves our responsibility, as Jews, to be a “light unto the nations.” What does that mean exactly? What does the world expect of us and what do we expect of each other? The 21st century catchphrase “Tikkun Olam” takes on new meaning when it is studied from a textual point of view and then considered in terms of how the Jewish community initiates projects and takes a leadership role in “repairing the world.”

Students join JconnecT for a number of reasons. Some families live in remote areas where they don’t have access to a formal Jewish enrichment framework. Other parents want to provide their children with opportunities to learn about Judaism in a more open and engaging manner than they could otherwise in a traditional Hebrew School format. Still others use JconnecT as a supplementary form of Jewish education that compliments a congregational school or home learning.

The Sunday Morning Live JconnecT Jewish Online Learning classes take place every Sunday morning at 10:00 CST. Students may study either Hip Hop Hebraics or Contemporary Jewish Issues or, if they wish, sign up for both classes. Pre-teens and teens from around the country gather at their computers, laptops and ipads from their own homes and chat in answers, watch thought-provoking videos, debate, consider and review many different aspects of Israel and today’s Jewish world as they make friends and build on their Jewish knowledge.

Students may sign up to attend the first course free with no additional obligations.

Laurie Rappeport has been living in Safed for almost 30 years where she has been involved with tourism to Safed, encouraging visitors to come and explore the beautiful mountaintop city. Laurie is also involved with online Jewish learning that brings contemporary Jewish learning to North American students in day schools, afternoon schools and even an online Hebrew School environment. She can be found blogging at her blog, Safed blogspot.