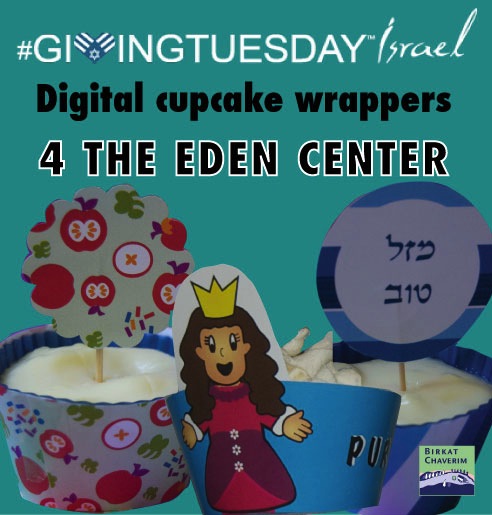 I wanted to give a heads up to an offer that some of you may be interested in. You may or may not know that outside of this site, my “other jobs” include web design and online community building. I have been doing community building for The Eden Center for the past several years.

Eden focuses on improving the mikveh experience, women’s health and halacha. In the long run, Eden hopes to build a mikveh/spa with resources for women’s health and wellbeing in Jerusalem. For now, the Eden Center has been focusing on educational programming and advocacy.

There have been some amazing programs from training courses for mikveh attendants and kallah teachers; support groups; lectures for the general public on issues of women’s health and sexuality; and community advocacy. Some of the stories that have come out of these programs are really touching and have really had an impact on women’s lives. By giving mikveh attendants resources in how to deal with spousal abuse, woman with disabilities or even fear of water, touching on sensitive issues such as miscarriage, giving resources on talking to children about intimacy, and even discussing the spiritual aspects of mikveh, Eden has made an impact.

From now until December 30th people who give a donation of 50-100 NIS (about $15-$30 USD) to Eden through GivingTuesday Israel will have their donations matched. Birkat Chaverim is giving ten donors to Eden, one free digital cupcake wrapper through GivingTuesday, Israel but there are other offers too. For instance, 30% off any Maggid-Koren book orders (through February 15th) or entry to a raffle for modest swimwear from HydroChic.

To donate to Eden through GivingTuesday Israel  go to their non-profit page on Israel Gives.

Check out this blog post on Eden’s site to learn more about other donor offers as well as to see some of the programs they do or have done.